Juba – South Sudanese military judge on Thursday sentenced 10 soldiers to jail for a 2016 rampage in which a local journalist was killed and five international aid workers were gang-raped in Terrain Hotel.

This case was widely seen as the first test of South Sudan’s ability to hold its soldiers to account during the five-year civil war. The verdict brings an end to a trial which commenced on May 30, 2017, and had somewhere stalled due to lack of witnesses who fled the country during the renewed violence between government troops and rebels allied to former First Vice President Riek Machar.

According to military prosecutors, the court invited and interviewed some of the witnesses and survivors from foreign countries to finally conclude the widely publicized trial which has been closely followed by diplomats amid criticism on delays in expediting justice by the UN human rights division and other international NGOs.

Other survivors of the attack testified by video, rather than returning to South Sudan for the trial. It was the first time that South Sudan courts accepted testimony by video.

“The military court found that the accused here are guilty of their direct responsibility in committing crimes,” said the head of the military court, Brigadier General Neath Almaz Juma, when reading the verdict.

Brig. Gen. Knight Briano, was convicted and sentenced two soldiers to life imprisonment for committing murder and rape. While the judge found three other soldiers guilty of raping foreign aid workers, four guilty of sexual harassment and one guilty of theft and armed robbery. They received sentences ranging from seven to 10 years in prison.

Describing the incident, the manager of the Terrain Hotel, Mike Woodward, told the court that “between 50 and 100” soldiers arrived in the hotel in the afternoon of July 11 and began looting an hour later.

Woodward said he is satisfied with verdicts, while he is optimistic to renovate his [Terrain] hotel in due time

They were accused of looting, murder, rape, sexual harassment, and robbery. Other charges include the destruction of the hotel and criminal trespass.

12 soldiers were on trial, one soldier was acquitted for lack of evidence, but another accused soldier died in jail during the trial. The convicted soldiers were stripped of their uniforms before being transported by truck to prison.

The acquitted Akol Aken – was found not guilty by the military court, groomed by happiness and smiling after the court ruling. He was happily desired to resume his military duties.

“They have not charged and I am now released. I will just go back to my military unit, Tiger and work. I am very happy,” Aken said.

In July 2016, dozens of soldiers broke into the Terrain Hotel compound in Juba and began their rampage, while U.N. peacekeepers nearby did not respond to pleas for help. The military head of the U.N. peacekeeping mission, Kenyan Lieutenant General Johnson Mogoa Kimani Ondieki, was fired over the incident.

The attack, one of the worst on aid workers in South Sudan’s civil war, took place on July 11, 2016, as President Salva Kiir’s troops won a three-day battle in the capital over opposition forces loyal to ex-Vice President Riek Machar.

Witness accounts said that armed men attacked the Terrain Hotel for several hours, during which victims phoned U.N. peacekeepers stationed a mile away and begged for help, in vain.

The judge ordered more than $2 million to be paid to the Terrain Hotel for damages, $4,000 to each of five rape victims, $1,000 to an aid worker who was shot in the leg and 51 cattle to the family of the journalist who was killed (each cattle is worth roughly $600).

“The victims are not relieved by the verdict,” said Issa Muzamil Sebit, who represented the five rape victims. “The amount that was put as a compensation of 4,000 dollars to each victim is very embarrassing and this is an insult to the victims, based on the horrible atrocities committed against them,” he said.

“When I say that we are dissatisfied with the amount of compensation, it includes that journalist because you can’t just kill somebody and think of giving to the family 51 heads of cows. That will promote more sort of impunity or criminal behavior.”

Muzamil went on further to say that they would sue the government in the regional courts.

“We are going to seek other means, whether suing the government again in other regional courts or even making an appeal about this decision,” he said.

South Sudanese army has been accused of a great deal of rape, sexual harassment and all forms of violations since the conflict broke out in 2013, following a political disagreement between Kiir and his former deputy Riek Machar.

As the violence intensified and spread, both local and international aid workers trying to deliver relief to the displaced faced increasingly deadly risks. Nearly 100 aid workers have been killed in the conflict since it started.

Army spokesperson Col. Dominic Chol Santo said the trial will be a lesson to other soldiers and will act as a deterrent to other soldiers while reassuring civilians that anyone who commits a crime will be punished

A lawyer for the five rape victims said the verdict was not harsh enough, while rights group Amnesty International called it a first step towards fighting impunity in the war-torn country.

Thought, the diplomats and activists have welcomed the outcome, they continue said many other victims of violations have yet to see justice and urged the government to hold more trials.

“South Sudanese leaders must keep up the momentum towards ending the climate of impunity in the country,” Amnesty said.

However, analyst praised the ruling as a first positive step toward ending chronic impunity in South Sudan, where both government forces and the armed opposition have committed human rights violations and atrocities.

Some observers had criticized the fact that only low-ranked soldiers were tried, but their commanders were not held accountable.

The UNMISS said the victims and survivors of this horrific attack in July 2016 deserved justice.

“While the guilty verdicts handed down will not take away the pain and suffering caused by the appalling acts of violence carried out by these criminals, it is important that they have finally been held publicly accountable. The outcome of the trial also sends a powerful message to other would-be offenders, including members of the armed forces, that they will be prosecuted and punished for such violence,” UNMISS said in the statement.

However, the UNMISS says there remains the broader problem of widespread sexual and gender-based violence against South Sudanese women and children. Most cases go unreported and there remains widespread impunity.

“UNMISS is committed to working with authorities in South Sudan to address some of the challenges observed during this trial and support efforts to improve the independence and effectiveness of the justice system so that many more victims of sexual and other violence can also have their day in court,” it added.

Meanwhile, The US embassy in Juba has described as a “step toward justice.”  The US said it hopes that the trial will precipitate additional action to hold those responsible accountable for the violations and abuses.

Among the victims who testified the incident before a military court through a video link, five were from Virginia in the United States.

“We urge the government of South Sudan to continue to pursue accountability for all violent acts committed by its military against international assistance workers and journalists,” US said in the statement.

Despite that, the US called on the government to move immediately to conclude the MoU with the African Union on the establishment of the Hybrid Court.

“While today’s verdict is a sign that justice is possible, the United States strongly urges that other violent individuals and groups who have operated with the impunity throughout this manmade conflict be brought to justice as well.” “The United States strongly supports international efforts to hold these individuals to account and will continue to utilize tools, including targeted sanctions, to take action against those who attempt to sow chaos, work against peace, and commit serious human rights abuses in South Sudan,” the statement read in part.

President Kiir and Machar, leader of SPLA-in opposition rebel group, signed the Aug. 5 peace agreement in the Sudanese capital in an attempt to end five years of conflict which started in December 2013 that leading to the killing of thousands of people. Millions are displaced internally and externally. 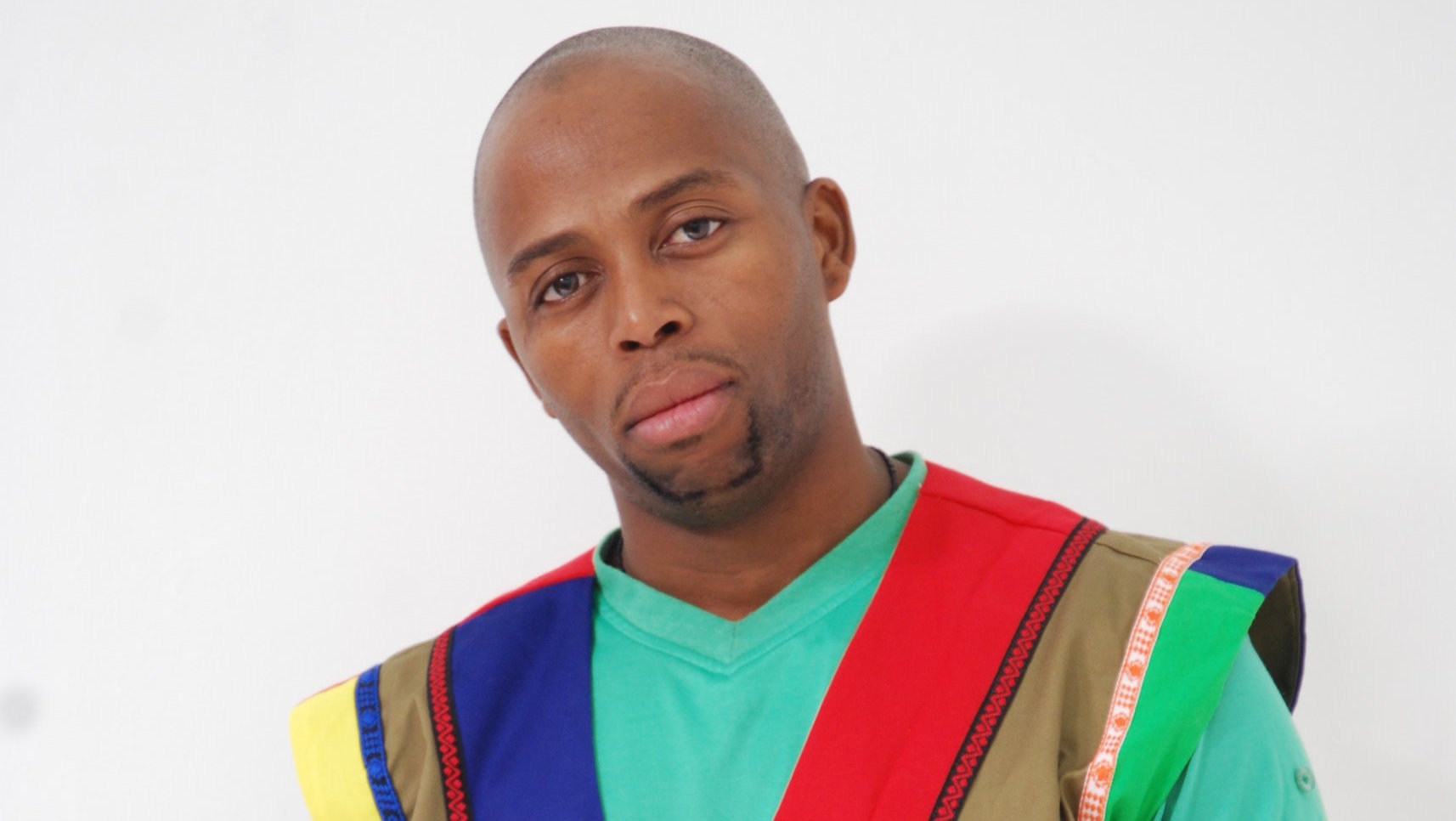