Let me first take this opportunity to thank the Sisulu family for allowing us to host this memorial lecture and for joining us this evening. Thank Archbishop Makgoba for welcoming us with both hands when we asked to be here at the Cathedral.

As the department we have sought to find befitting ways of celebrating Mama Albertina Sisulu’s legacy. We have adopted her centenary as our budget theme and this translates to our activities for the whole year. When we consulted and thought who is best suited to speak on the life and time of Mama Sisulu, we all agreed that Mama Sophie was most suitable than any of us. I want to thank you Mama Sophie for not only agreeing to be here but also for giving us this lecture. We are standing here as today as women leaders because of all your sacrifices and we continue to learn from you.

My intention is to introduce Mama Sophie as the main speaker, but before I do that, I would like to indicate that last week Thursday, we held our SA Women in Science Awards. It is during this ceremony that we announced as the department the renaming of the Department of Science and Technology fellowship award to be the Albertina Sisulu Award. And To further pay homage to Mama Sisulu’s legacy, the department will establish an Albertina Sisulu SARChI Chair in Nursing Care.  It should be remembered that Mama Sisulu trained as a nurse and encouraged graduates to use their learning to improve people’s lives. The chair will deepen research in nursing policy and/or practice and contribute to the advancement of health care and the betterment of society.  The research chair will be awarded to a university that is linked to a relevant health facility such as a hospital.  In the coming months we will initiate the process of making the chair active and it will be subjected to authoritative peer review process run by the NRF.

We have published Mama Sophie De Bruyn’s profile as I won’t be able to read it all but summarize it:

Mama Sophia Williams-De Bruyn, also fondly known as “Aunt Sophie” by her friends and colleagues, is a living legend of the South Africa liberation struggle, who has contributed immensely to the dismantling of Apartheid. She participated in the major political campaigns of pre-1994, while still a scholar and has never looked back.

She became one of the founding members of the South African Congress of Trade Unions (SACTU), the predecessor of COSATU. Her trade union work interacted with that of mainstream political movements, such as the ANC and played a major role in shifting its focus towards issues of concern to working people. She played her part in bringing these two organisations together. Like a true activists Mama Sophia bemoans the fact that the current generation of comrades concentrate more on issues such as deployment and cancerous ‘jockeying’ for positions, which was a luxury during her time, her generation did not know the word ‘deployment’. Instead, cadres of the Congress Movement always rose to the occasion, when they were given assignments. Every task that was geared to defeating the Apartheid state, whether it was painting slogans on bridges of certain suburbs in Johannesburg, canvassing for signatures of the Women’s petition or the Freedom Charter, distributing leaflets and selling New Age at bus stops and stations and informing people about campaigns of congress to be mounted, it all counted equally.

Mama Sophie was appointed as full time organiser of the Johannesburg branch of the Coloured People’s Congress, which formed part of the Congress Movement together with the ANC, SACC and the South African Indian Congress that was currently grappling with a slew of racist laws. These included the Group Areas Act, the Separate Development Act, and the Bantu Education Act and the Immorality Act. She became involved with the consultative Committee’s in the organising of the Congress of the People in Kliptown and participated in all the campaigns of the time. One of her tasks was the organising of women in general and Coloured women in particular, around the many issues that affected them, mainly the impending carrying of passes and the Population Registration Act. Together with formidable women like Lillian Ngoyi, Helen Joseph and Rahima Moosa, Mama Sophia led the more than 20,000 defiant women to the Union Buildings on the 9th August 1956.

Distributed by African Media Agency (AMA) on behalf of Department of Science and Technology, Republic of South Africa. 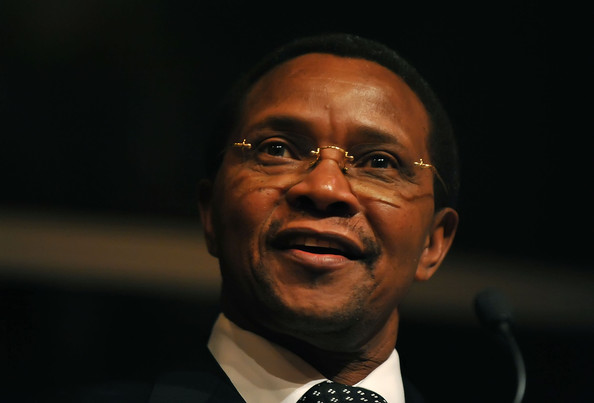 Tanzania ready to do more business with America