The SPLA General Malek Reuben was appointed as country deputy minister of defense in a presidential decree announced on the state-run SSBC last Monday.
General Malek, who is under UN sanction for allegedly reported planning an offensive which targeted civilians in the former Unity State in 2015, homeland of Dr. Riek Machar, leader of the SPLM – IO.
But the SPLA has repeatedly denied the accusations.
According to the report by the Panel of Experts on South Sudan in January 2016, General Malek was one of a group of senior security officials who planned the offensive against the SPLM-IO, beginning in January 2015, and subsequently oversaw its execution from late April 2015 onward.
General Malek was the SPLA Deputy Chief of Staff for Logistics at the time. The Panel of Experts reported evidence, including testimony from military sources, that ammunition was supplied to youth groups by SPLA headquarters specifically for the offensive.
The attacks reportedly resulted in systematic destruction of villages and infrastructure, the forced displacement of the local population, the indiscriminate killing and torturing of civilians.
It also led to the widespread use of sexual violence, including against the elderly and children, the abduction and recruitment of children as soldiers, and large population displacement.
Earlier, the campaign group of Human Rights Watch called similar promotions “a slap in the face of justice”.
It said the move showed the impunity enjoyed by commanders accused of human rights abuses.
However, the observers criticized president Kiir’s decision, says such moved will create vacuum in justice and it will give room to the army general (s) to do more harm in the country.
General Malek, appointment comes at the time, president Kiir and SPLM – IO leader Dr. Machar signed the revitalized peace agreement, in an attempt to end the nearly fifth years conflict, that has killed ten thousands of people, and displaced 2.5 millions people from their homes. 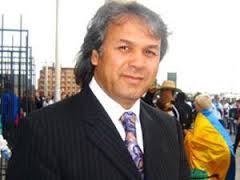