The gruesome murder of two young women in less than one month has stunned a majority of Kenyans as personal security becomes a matter of concern.

Sharon Beryl Otieno’s body was found dumped in a thicket bush in Homabay County, western part of the country, while Monica Nyawira Kimani was killed and her body discarded in bathtub in her apartment, Nairobi.

Sharon Otieno, Rongo University student is alleged to have been abducted alongside Nation Media Group journalist Barrack Oduor by Migori Governor Okoth Obado’s Personal Assistant Michael Oyamo on September 3, 2018 and her lifeless body was discovered the following day at Kodera Forest. However, the journalist is said to have cheated death by jumping off the speeding car that they were bundled into and escaped the ordeal.

Sharon, who was seven months pregnant, was in love triangle with Governor Okoth Obado. According to Barack Oduor, the deceased wanted the story regarding her relationship with the Governor published in the media say he had deserted her. The scribe further divulged that Ms. Otieno had shown him whatsapp conversation between her and the County boss with the latter appealing to her to abort saying he cannot afford to withstand humiliation if the issue becomes public since he is a public figure. She also expressed her disappointment adding that Obado had given her Ksh.100, 000 ($1,000) three days before her death, which was insignificant compared to what he used to provide.

Melida Auma, the slain student’s mother also confirmed her daughter had a romantic relationship with the governor. He argued the relationship was marred with unfulfilled promises. She said Sharon was promised county business tenders although it did not happen.

“Okoth Obado (the governor) knew how the girl was going for medical checkup, “she explained.

The Governor first dismissed the claims of love affair with the student but later admitted through his lawyer after the DNA test revealed that he was the father of Sharon’s unborn baby but denied killing her.

“There are 99.99+ more chances that Okoth Obado is the biological father of the doner of the DNA generated from the foetus, that is Sharon Otieno’s child,” reads the report from the government analyst.

A postmortem report indicated that Sharon was raped and stabbed eight times. Governor Obado, his personal aide Michael Oyamo;and two others were arrested, arraigned and charged with murder which they all denied. They are being held in police custody waiting to know their fate in regard to their bail applications which will be heard before Judge Jessie Lesiit.

Sharon parents have vowed not to bury her until investigations surrounding her brutal murder are completed and her killers brought to book.

“We are not carrying out any burial preparations, we cannot talk much unless our lawyer reveals more information,” Her mother, Auma reiterated.

Sharon, 26, and a mother of three, had been married but her marriage broke last year and she went back to her parent.

The family of Monica Nyawira Kimani is also crying for justice after their daughter was murdered in her apartment by unknown people. Joseph Kuria Irungu alias Jowie, Monica’s friend has been arrested as the main suspect and he is helping police with the investigations.

Monica, 29, a business woman in Southern Sudan returned to the country on fateful day and was scheduled to meet her family. He mother had tried to reach her and when she did not pick her calls, requested her brother, George Thiru to go and check on her.

George said they, him, a cousin, security guards knocked on her door several times but there was no response; and then they asked for permission to bring the door. Upon doing that they discovered her body in the bathtub with her hands and legs tied with a white cable and her phone by her side.

He reiterated that she had deep cut on her throat and a knife suspected to have been used by the murderer was put by her side.

Joseph Irungu, her longtime admirer, who was in her company, is being held in police custody.

Readout of the Secretary-General’s meeting with H.E. Mr. Rivo Rakotovao, Interim President of the Republic of Madagascar 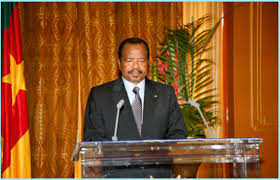