Zimbabwe and other SADC countries no longer recommend Diesel 500 although it is still in minimum use. The most recommended one is Diesel 50 and by 2020 Diesel 10 will take lead. Countries are looking towards GO -GREEN reducing poverty through phasing out fossil fuels, maintaining high levels of Globalism, safe Health and promoting Environmental Sustainability for SUSTAINABLE GREEN ECONOMY ..

.Further more in a move to phase out fossil fuels, developed countries in advanced Technology are using the best one ,that is Diesel 10 .Even with other modes of transport like Rail , use of Bullet trains using Hydro power is highly recommended , phasing out old vehicles and developing state of the modern airline aero- planes which do not pollute nitrous oxide in space .

All countries of the World need to stay GREEN, CLEAN and fossil fuel FREE. Although Climate Change is biting, countries have been advised by Energy experts and policy makers to turn to Renewable Energy like Hydro-power , solar the common ones and a few known like tidal and wave .

According to statements delivered by Permanent Secretary in the Ministry of Energy and Power Development, Mr Patson Mbiriri, vehicles using Diesel 500 are polluting heavy volumes of sulphur content which is effectively affecting the Environment and human beings who end up suffering   respiratory diseases like lung cancer , affects pregnant mothers and  cause pneumonia in children.

”The theme is ‘’Protecting our Environment, our Health and our vehicles’’ of which remain crucial in every way . We are promoting Diesel 50 . Fossil fuels have had diverse consequences to human health and the precious Environment.”

”With Diesel- 50 we are promoting is a far cleaner fuel than diesel 500 that was over the past recent years available on the market .Diesel 500 is hazardous to human health because it leads to the spread of Air-Borne diseases ,creates unreachable Public Health costs and impacts negatively on Economic Development . ”

”The sulphur content in Diesel -50 is far less than that of Diesel -500 which has caused many Health and Environmental problems already documented by Environmental and Health organizations.’’. ‘

The Permanent Secretary further on elucidated that the Government is signatory to the United Nations Framework Convention on Climate Change [UNFCCC] which entered into force in 1994. It aims at reducing green- house gas concentrations in the atmosphere of which among carbon dioxide, sulphur dioxide and black carbon are devastating .The Conference of Parties is the supreme Governing body which manages Climate change and its effects and lessens Green House Gases at International level .

‘’As a country we are as well responding to laws and policies governing on the use of greenhouse gases and we are following guidelines and procedures which must be followed according to UNFCCC which is linked to Conference of Parties [COP]’’ .

”We are showing our commitment by co-operating in reducing the effects of greenhouse gases  .We are coming up with policies , implementing national strategies ,mitigating and adapting and sharing information on the effects of Climate Change caused by a result of Global Warming. Also we are looking at how these Green House gases can be eliminated’’, he said.

It is a fact that the demand for low sulphur content toxic fuels such as diesel -50 continue to increase in Zimbabwe .However, the aim is to reach to a Level of using Diesel 10 .The consumption is increasing from about 1,7 million litres in 2015 to about 4 million litres per month in 2016 .The number of companies supplying diesel -50 have also jumped from a mere 3 in 2015 to 6 in 2016 .

Taking on the vibrant comment on the side of cars the country is using , ZERA Chief Executive Office ,Gloria Magombo said the vehicle fleet in Zimbabwe now include vehicles fitted with emission control devices such as diesel particulate filters that require the use of diesel -50 .

”It is imperative to promote importation of low sulphur fuels in line with improving Global trends of vehicle technology.”

”T o ensure that clients are not duped, ZERA has purchased sulphur test meters which ascertain sulphur levels of fuel at service stations. ”

‘’The fuel quality monitoring process will give assurance to consumers that their vehicles are actually filled with Diesel -50 , not Diesel -500’’ , She said .

The number of vehicles continue to increase with the fast growth of Engineering, Industrialization urbanization, modernization , Global technology and Literacy rate . Motorization fast growth has as well increased with the same pace. .According to a Motor Industry Expert, Richard Mugodi of Toyota, the total number of vehicles on the road has risen to 2 billion and will rise to 3 billion Globally by 2030 .

”Motorization has made grown pollution problems in the world as a whole but we are more at risk with the use of Diesel -500 .

”Other countries have moved to use Diesel -50 in countries like USA , UK , Japan , Canada and some coping up developed countries ,however with the coming of solar vehicles they are moving to Diesel 10’’ .

”We are towards that as well in the developing World, but still we need  to move to Diesel 10 by 2020 .We are lagging behind ,”he said .

Diesel 50 is far more friendlier to vehicle engines than Diesel 500 .Its sulphur content is a tenth of the sulphur content of Diesel 500 . Since this is part of fossil fuels, its release of carbon dioxide depletes the ozone layer . This contributes to Global Warming and results in Climate Change. At the end we experience elnina low rains, lanina high rains, and low farming inputs as yields get reduced .This results in meteorological, hydrological and Agricultural drought respectively.

Apart from carbon-dioxide, there is sulphur dioxide gas and some harmful compounds bad to human health and the Environment.  Good examples of fossil fuels causing repetitive damage to human life are coal, natural gas and petroleum. Burning coal causes acid rain .It has effects in health across cycles in the mining sector .It has contributed together with some minerals like gold to silicosis and pneumoconiosis , lung , liver and cardio-vascular diseases .

Over the past years transport combustion of diesel 500 has led to most diseases in human beings. This as well exacerbated Tuberculosis in many communities close to highways, Industry, in towns and cities and to those close to bus terminuses. In addition to this, waste management has caused grievous problems through burning of dioxins that is smoke from burning waste, waste polluted running water drunk by people. This may have as well been concentrated with fossil fuels through three pollution types that is Air, Land and water.

Speaking on the side of Public Health Dr Hazangwe of the World Health Organization said the effects on Public Health hinder development of the Green Economy.

‘’Globally they are 52,000 premature death costly at US 5 billion annually. Secondly low birth weight with women close to dump-sites and in contact with fossil fuels, mercury and related substances is Health challenge.

‘’Most dangers are in countries relying on Mining Gross per Capita. Mining of several minerals requires fossil fuels at Secondary production like at ZISCO Steel where coal from Wankie Colliery is demanded. Thus where dust and liquids are found polluting the land, water and air .Besides, there is quarrying and gas extraction that could be harmful as well. This has led to cancer, heart and liver diseases, he concluded.

Although there is still less Renewable Energy Technology in the SADC and developing Regions , countries have been urged to turn to diesel 50 , reduce use of coal by almost half of its total consumption , educate communities , work out on robust policies and support the Global Energy For ALL  SUSTAINABLE DEVELOPMENT GOALS which ensures Universal access to modern energy .Secondly , it important to double Global rate of improvement in Energy Efficiency . Lastly, to double share of Renewable Energy in the Global Energy MIX.

The Target for 2030 in Energy for All is to reach 60% of the rural population with access to clean energy. Zimbabwe has only 40% access to clean energy .Energy use in unit of Gross Domestic Product was at 1,68 in 2013 . Low energy intensities are in countries like Zambia, South Africa, Tanzania and Mozambique. An Expert in the Energy sector calls SADC to first of all look at use of low carbon -fuels. Tendayi Marowa an Energy expert with the Comprehensive Energy Solutions said use of Diesel 50 will reduce many problems related to poverty, Health and the Environment in the Region.

One advantage of using Diesel -50 is that it has fewer pollutants which experts have described as the worst in causing bad health if at any cost they are used under fossil fuels.

The SADC region is in the process of putting mechanisms on using state of the art machinery which reduces air pollution. At the same time, it is trying to cope up with other countries which have moved to use of low carbon fuels like DIESEL 50 .

This is a move to reduce as well Heath impacts of these fuels. Air pollution has up to date killed 3,7  million people around the world. This has made some countries to ban old model vehicles from the road and use state of art modern vehicles. At the same time Japan and some countries in Motor Assembling Industry are in the process of manufacturing Solar powered cars which shall use Diesel 10 .

According to Regulations and policies and also agreements of the Paris Convention, this is meant to eliminate use of green -house gases. The use of Diesel -50 and the move to Diesel 10 leads to Clean Climate .This is conducive to good Human Health, of the Environment and the growth of the Green Economy.

According to Regulations and policies and also agreements of the Paris Convention, this is meant to eliminate use of green -house gases. The use of Diesel -50 and the move to Diesel 10 leads to Clean Climate .This is conducive to good Human Health, of the Environment and the growth of the Green Economy.

‘’Those mostly at risk are street people and note that street children are more at risk not only because of sulphur but also nitrous oxides in Lead fuels kill more people if taken in excessively . Its advisable not to use fossil fuels because they reduce life expectance , lead to death , illness and disability .  ‘’

‘’In cold weather, its more serious since these emissions are trapped by the cold temperatures .Maternal and Child mortality has risen up in many countries of the World. That is why some countries failed on Millennium Development Goals 4 and 5 of Child and Maternal Mortality ‘’, he said.

The use of solar powered vehicles, solar energy itself for Industrial and house hold use is a strong move towards the phasing out of fossil fuels. However, it is a matter of looking at Renewable Energy policy developments, sourcing finance for Energy Investments and educating communities to remain resilient to fossil fuels as they mitigate , adapt and eliminate them.

‘Battle for Africa’: Russia Pushes Into ‘Free Country for the Taking’ In Attempt to Rival the West 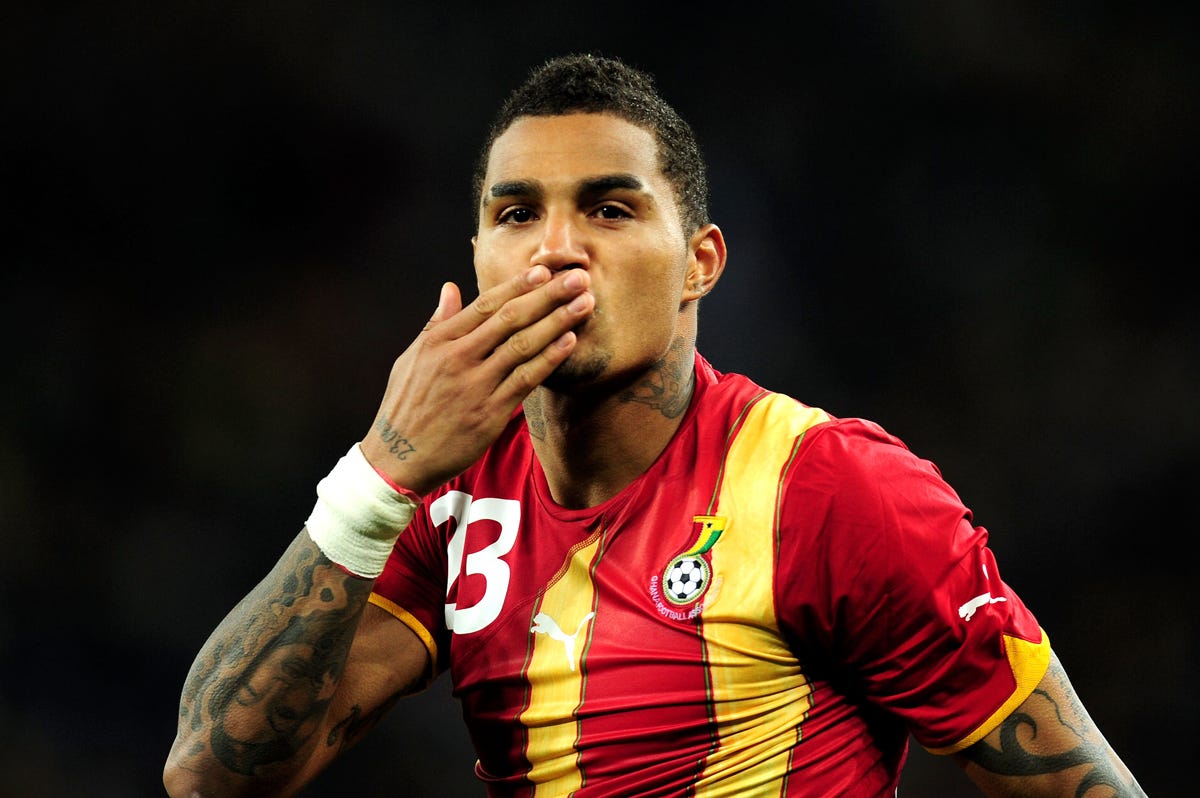 To My White Brothers and Sisters