Juba – Botswana’s ex-president Festus Mogae said that he intends to step down as head of the peace monitoring commission for South Sudan peace deal in September.

His intended resignation comes after the warring parties signed a controversial power – sharing deal in August 5, in Khartoum, Sudan in an attempt to end a four-half conflict. This deal has been criticised by the international community and political analysts, as it lack political approach to stop the conflict and return peace and stability in the world youngest nation.
Mogae served as president of Botswana from 1998 to 2008, when he stepped down to allow another politician to lead the country. He is the 2008 recipient of a more than $5 million prize for “Achievement in African Leadership.”
Mr. Mogae was appointed as the chaired of JMEC in the aftermath of the signing of the August 2015, CPA in Addis Ababa, Ethiopia.
This deal has collapsed in just a months after the fighting resumed in Juba in July 2016, between the forces loyal to President Kiir and former first vice Machar’s forces.
In a press statement, the Joint Monitoring and Evaluation Commission (JMEC) said its chairperson Festus Mogae plans to step down next month.
However, Mr. Mogae has written to the Chairperson of the Inter-Governmental Authority on Development (IGAD), Abiy Ahmed Ali, the Prime Minister of Ethiopia, informing him of his intention to step down as JMEC chairperson at the end of September 2018.
“As the process to revitalize the Agreement on the Resolution of the Conflict in the Republic of South Sudan draws to a close, I have adjudged it appropriate to allow for the new phase of the transition period for South Sudan to be in fresh hands,” said Mogae, who recommended the revitalization of the 2015 deal to the IGAD Heads of State and Government during their 31st Extra-ordinary Summit on South Sudan held on 12th of June 2017 in Ethiopia.
The JMEC is a mechanism established by the IGAD – broker 2015 peace agreement in South Sudan to monitors, reports and encourages the  implementation of 2015 agreement.
South Sudan has descended to the civil war in 2013, just after the two years of her independence, the power and resources control conflict has claimed ten thousands of people and has displaced 2.5 million people from their homes and further ruined the country economy. 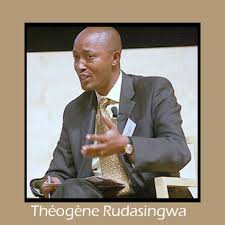