South Africa’s government accused Donald Trump of hysteria on Thursday after he questioned its plans to seize white-owned agricultural land and asserted that white farmers were being murdered on a “large scale”.

Stirred into action after watching a television programme on land reform in South Africa, the US president instructed his secretary of state, Mike Pompeo, to study both the killing of farmers and “farm seizures and expropriations”.

Mr Trump did not disclose what action he might take should the State Department report negatively. His comments prompted a fall in South Africa’s currency, the rand.

The instruction, made on Twitter rather than through a formal channel, came after Fox News, the cable television channel, incorrectly reported that white-owned farmland had already been seized, an error the president repeated.

However, Cyril Ramaphosa, the South African president, is introducing legislation that would allow agricultural land to be taken from white farmers without compensation.

The president’s tweet was strongly condemned by politicians in South Africa, while the government — which said it would issue a protest “through diplomatic channels” — said it could undermine confidence in the land reforms.

“Hysterical comments and statements do not assist the process,” Khusela Diko, Mr Rampahosa’s spokeswoman, told CNN. “The majority of South Africans want to see land reform. The majority of our farmers, white and black, want to be part of this initiative.”

Mr Ramaphosa , under pressure to initiate land reforms from radical opposition groups and the left of the ruling African National Congress, has justified the proposal as an attempt to redress an Apartheid legacy that left most farmland in the hands of whites.

A voluntary programme of land redistribution on a “willing buyer, willing seller” basis has seen ten percent of white owned-farm land transferred to black South Africans since the end of white-minority rule in 1994. However, white South Africans still control 72 percent of all agricultural land despite making up only nine percent of the population.

The American State Department has said it would support the process. But domestic critics have cautioned against a policy they say would undermine investor confidence at a time of economic fragility.

The seizure of white-owned farms is credited with causing Zimbabwe’s economic collapse. South Africa’s economy is bigger and more diverse, but could still be hurt should Zimbabwe’s fall in food production be replicated.

Mr Trump was also criticised for appearing to give credence to claims of a racist pogrom against white South African farmers.

The killing of white farmers — some 1,500 of whom are believed to have been murdered since 1998 — has become a deeply politicised issue inside and outside South Africa.

Right-wing politicians in the West have claimed that white farmers in South Africa are suffering persecution.

The Kremlin has invited white farmers to move to Russia and Australia’s home affairs minister and possible next prime minister, Peter Dutton, has called for “civilised” countries to assist them on humanitarian grounds.

In contrast, left-wing politicians have played down racial motivation in the murders, despite some black South African politicians portraying white farmers as murderers and rapists. Julius Malema, a prominent opposition politician, used to lead students in singing the Apartheid-era protest song “Kill the Boer” until 2012.

Statistics are varied and incomplete, used by both sides to advance their claims. Some suggest a white farmer is three times more likely to be murdered than a normal South African, while others find no difference.

They also point out that the annual number of farm killings— black and white — has fallen to 47, the lowest in 20 years, although this may be due to improved security measures taken by farmers to protect themselves. The number of violent attacks on farms is rising, with more than 500 incidents in the year to March, although the rate is still half what it was in 2001. 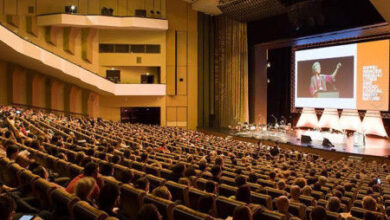 EY, SAP, and Qualtrics Collaborate to Bring Resources to Governments Around the World to Help in the Fight Against COVID-19