PRETORIA, South Africa, August 28, 2018,-/African Media Agency (AMA)/- Parliamentary Budget Offices  (PBOs) – established in several countries to enhance legislative oversight over the budget – should also play a supportive role in enhancing public participation in budget processes. This is because these offices, by enhancing the capacity of Members of Parliament (MPs) to engage more fully with budget processes, are also serving the people who MPs represent.

This was one of the key observations made during the two-day 3rd annual conference of the African Network of Parliamentary Budget Offices (AN-PBO), hosted by the South African Parliament’s PBO.

Another was that that clearly defined governance structures, preferably grounded in legislation, also ensured that PBOs were protected from undue political and administrative influence. The independence of PBOs was seen as a key factor to their success, delegates agreed.

The AN-PBO is a platform for African Parliamentary Budget Offices (PBOs) and similar institutions to share ideas and experiences about strengthening support for parliamentary fiscal oversight. The inaugural conference, held in August 2016, established the AN-PBO and laid the foundation to build a platform for information sharing among African countries that have PBOs and those considering establishing them.

The 3rd conference, which ended today, further advanced these goals to strengthen support given to parliamentarians in their fiscal oversight role within the continent. Delegates came from countries in Africa and across the world, including those with PBOs and representatives of international organisations, which support legislatures’ oversight of public funds.

Panel discussions at the conference focused on:

The conference theme: “The role of PBOs in African Parliaments’ fiscal oversight – contribution to the African Development Agenda” was amplified by National Assembly Speaker Ms Baleka Mbete in her welcoming address to the conference.

Said Ms Mbete: “The aim of the African Agenda for 2063 is to stimulate and unite Africans around a common vision. The Parliament of South African is committed to be part of the transformation and to contribute to sustainable development. It is, therefore, one of the many reasons that we are hosting this conference.” 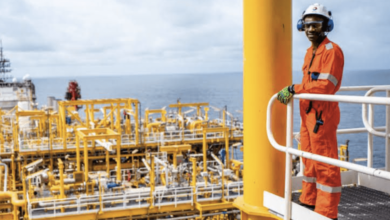 South Sudan to unveil own plan to end conflict