The colloquium is attended by well-known and reputable local and international organisations like EMS Foundation; Ban Animal Trading; Born Free Foundation (UK); Professional Hunters Association of South Africa; South African Hunters and Game Conversation Association; Custodians of Professional Hunting and Conservation; International Council for Game and Wildlife Conservation; Biodiversity and Conservation; as well as the Department of Environmental Affairs and Department of Agriculture, Forestry and Fisheries.

Opening this momentous colloquium, the committee Chairperson, Mr Philemon Mapulane, said: “Ladies and gentlemen, it was during the Budget Vote debate of the Department of Environmental Affairs on the 16th of May 2018 when we made a commitment to the nation that Parliament will, working with the Department of Environmental Affairs, facilitate a national dialogue on the question of breeding of lions in captivity for purposes of hunting, lion bone and lion skeleton trade. Three months down the line, we are gathered here today in fulfilment of that commitment to interrogate a practice that has gained a reputation of being the most controversial subject in the conservation industry.”

It transpired during presentation and deliberation sessions that there are diverse views regarding this practice. The majoring of biodiversity and conservation organisations made a call for a total ban of captive lion breeding for hunting purposes. On the other hand, there are organisations that advocate for stricter laws and regulations at which the practice could be done.

The committee has learnt during deliberations that South Africa is known to be the world’s largest exporter of lion bones and lion skeletons.

Making an input on behalf of biodiversity and conservation, Mr Shonisani Munzhedzi, Deputy Director-General, stressed the importance of striking a balance between conservation, sustainability and beneficiation.

Mr Mapulane stated that whichever way forward that emerges out of the two-day colloquium, the attendees are assured, “it will be followed up by the committee with the sheer tenacity of a hungry lion chasing its prey”.

“The committee will accept and interrogate all views presented and make recommendations to be considered by the National Assembly for consideration and adoption,” concluded the Mr Mapulane. 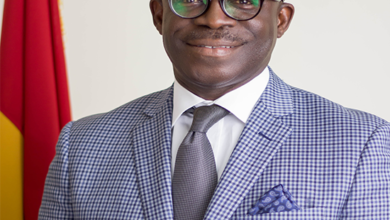