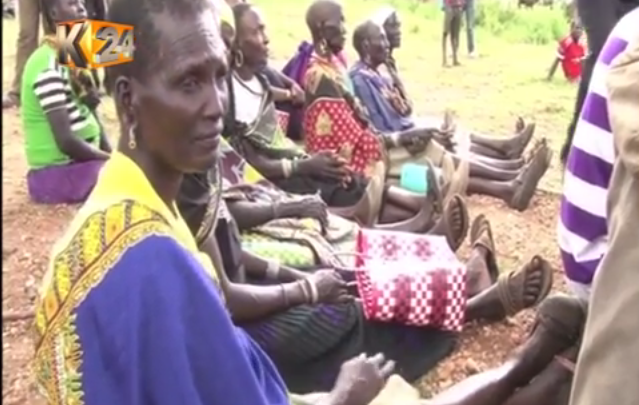 The introduction of adult education in West Pokot County, Northern part of the country, has drawn about 50 elderly people who aim at assuaging high rate of illiteracy in the region.

Alongside the elders, 40,000 senior residents have also enrolled. The County government launched education centers in every market to cater for the high rate of illiteracy which is at 67%. Classes run from 2-4pm East African time.

Drive to read the Bible, cast votes and operate smartphones has led to influx of many students, majority being middle-aged people. They have decried deceit from their children and grandchildren especially in issues involving money. Learning process takes place under a tree, the oldest student being 75 years. Some have also gone back to school to develop the region, which has been marginalized from the regime since independence.

Their efforts are being thwarted by lack of learning materials such as pens, books and chalkboard for the teacher. Another challenge is inconsistent attendance as they look for daily livelihood for their families. They have appealed to the government to supply them with uniforms.

The area Governor John Lonyangapuo has implored the national government to come to aid of the centers saying elderly people also have a right to education. He supported his move to establish the education centers so as to increase the number of learned people.

“The government is concentrating on young people only. It should not draw boundaries but allow all Kenyans to access education,” he reiterated.

The fear that the classes may be halted during dry season has been quelled by the county boss. He promised to hire mobile teachers for students to prevent them from missing classes as they move from one place to another in search of water and pastures for their livestock.

Lonyangapuo’s efforts have been lauded by the elites from the region. They have pledge their support to totally eradicate illiteracy which may bar the government from achieving Vision 2030. Vision 2030 aims at transforming Kenya into a newly industrializing, middle-income country and create clean and secure environment.

Can an election help Guinea’s democracy?