The government of Ghana will on Thursday, 16th August 2018 announce a roadmap for the lifting of the ban on small scale mining.

As part of the government’s effort to ensure sustainable mining and protect the environment, an Inter-Ministerial Committee on Illegal Mining was constituted in March 2017 which was chaired by world-renowned scientist and Minister for Environment, Science, Technology and Innovation, Prof. Frimpong Boateng.

The mandate of the committee was to enforce the ban on Small Scale Mining and develop a comprehensive Road Map to guide the activities of Small Scale Miners. The ban which has been in existence after the government assumed office in January 2017 was to ensure the re-claiming and re-afforestation of mined-out areas, restoration of impacted water bodies, strict supervision of the processes of awarding mining licenses and permits and continued formalization and regulation of the small scale mining sector.

After a year of comprehensive research and careful consultation with all interest groups, the committee has completed the Road Map that will regulate the activities of the Small Scale Miners and guide their operation.

The government is therefore set to announce the Road Map for the lifting of the ban on Small Scale Mining on 16th August 2018.

According to the Deputy Minister for Information, Nana Ama Dokuaa Asiamah Agyei, the announcement on Thursday is the beginning of a series of activities aimed at preparing stakeholders for a better regulated Small Scale mining regime.

She therefore asked that stakeholders and the general public will adhere to the procedures, rules and regulations which will be outlined in the Road Map for the Advancement of the country. 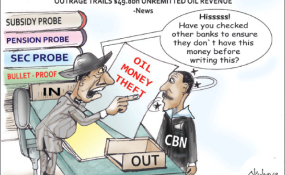