Ghana’s President, Nana Addo Dankwa Akufo-Addo has cautioned persons who are trooping to the Special Prosecutor, Martin Amidu, to beg him to drop investigations into their suspected corrupt practices to stop because they are engaging in a fruitless venture.

Speaking at the graduation parade of the Ghana Prisons Service Officer Cadet Course Intake 25, held at the Prison Officers Training School at Roman Ridge, President Akufo-Addo said under his administration, he will ensure that the laws of Ghana are enforced to the latter.

“I can assure you also that under my watch as President of the Republic, the laws of this land will be applied to the latter and without recourse to the ethnic, religious or political affiliation of the person or persons involved. To those who are sending Chiefs and Men of God to the Special Prosecutor to intervene on their behalf to try and persuade Mr. Martin Amidu from conducting his investigations, from the little I know about the man, they are engaging in a fruitless venture,” the President said.

The President noted with concern that of all the Security Agencies in the country, the Prisons Service is the least resourced. He assured that prison facilities in the country, which have exceeded their capacity by about 48% nationwide will be speedily looked into by his government to find ways through which additional structures can be provides to tackle the challenge.

“To the Director General of the Prisons Service, I want to assure you that even though my party the New Patriotic Party and I did not do well in the last elections in the Prisons, I will definitely support you to help change and sanitize the reaffirmation and rehabilitation effort of our Prisons,” the President stated. 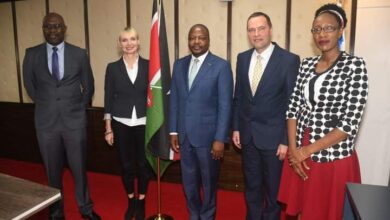