The government has reversed the sale of government vehicles to some military service personnel who served in various capacities at the Presidency during the erstwhile National Democratic Congress (NDC) administration.

The service personnel were authorized to purchase the vehicles that belong to the presidency by the then Chief of Staff (COS) Julius Debrah as “their end of service benefit although service personnel of all ranks are not entitled to such a privilege which is accorded to Political Appointees,” a letter ordering the retrieval of the vehicles stated.

The vehicles, the letter added are on the list of vehicles handed over to the current administration on January 7, 2017.

It is, therefore, being requested the Service Personnel “surrender the vehicles” to the Military High Command for same to be returned to the Presidency on or before September 7, 2018, stated the letter.

Attached are the names of the officers 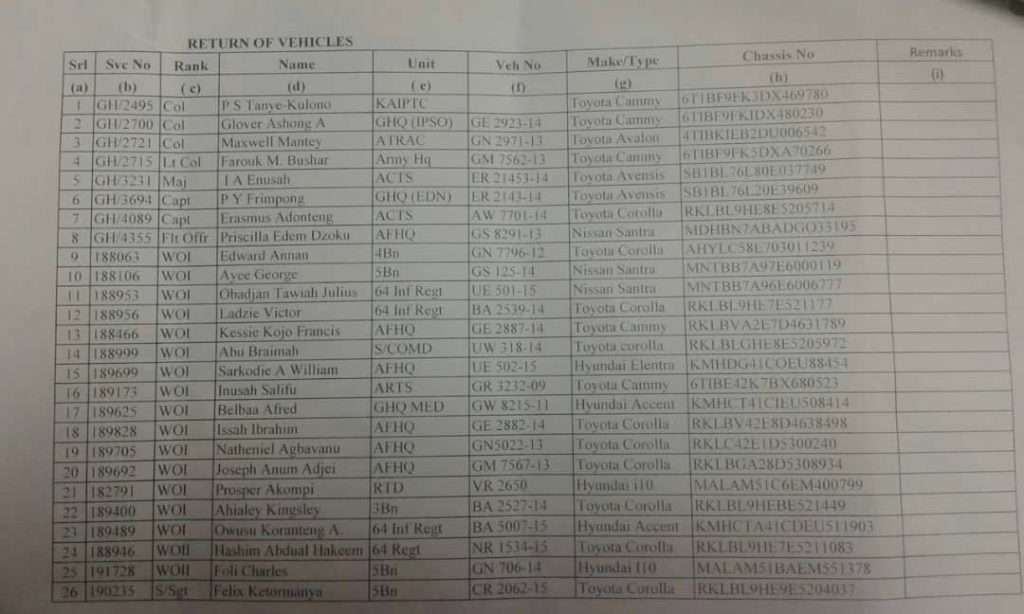 Gov’t of Ghana to lift ban on small scale mining

Bill and Melinda Gates call for collaboration, continued innovation to overcome challenges of delivering COVID-19 scientific breakthroughs to the world