The move against the self-exiled politician comes before the presidential election he sought to register for. 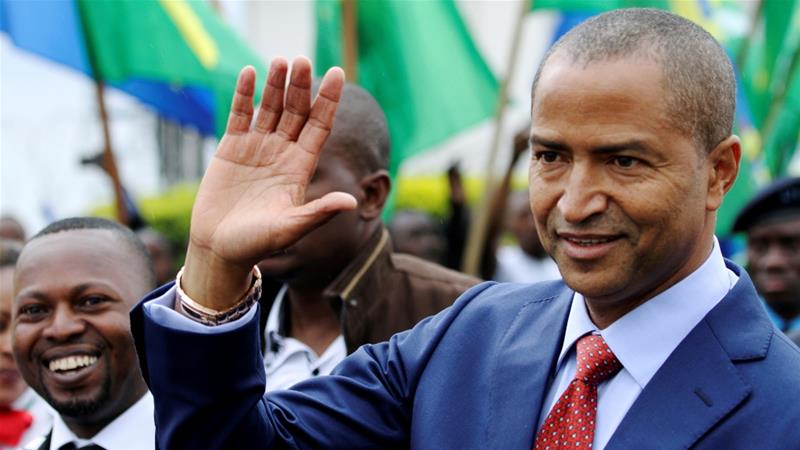 The government of the Democratic Republic of Congo has issued an international arrest warrant for opposition leader Moise Katumbi, who has been in self-imposed exile since 2016.

Justice Minister Alexis Thambwe Mwamba said on Thursday that the warrant by the DRC’s attorney general was issued to several African and European countries.

“He must be arrested where he is found,” he said.

Katumbi tried to enter DRC from Zambia before the August 8 deadline to register as a candidate for December’s presidential election, but he was denied entry.

Mwamba said Katumbi engaged in a “political show” in trying to return.

The wealthy businessman had originally planned to fly from South Africa to Lubumbashi, the capital of Katanga province.

But the city’s mayor said that Katumbi was refused entry, while the public prosecutor’s office said the opposition leader had been charged with “harming the state’s domestic and external security” and would be immediately arrested if he returned.

In a tweet sent out earlier in August after being barred entry, Katumbi said he would “fight” what he called an attempt to “withdraw from Congolese their right to real elections”.

Katumbi had been a leading presidential contender before fleeing DRC in May 2016 as prosecutors announced their intent to try him on charges of hiring mercenaries, which he denied.

Once governor of mineral-rich Katanga province, Katumbi in 2015 broke with his former ally, President Joseph Kabila, and has since been sentenced in absentia to three years in prison for property fraud. He also faces charges of “undermining state security”.

The millionaire politician has denied any wrongdoing.

Kabila, the son of a former president, has repeatedly delayed elections in recent years resulting in massive anti-government protests, which security forces have at times used deadly force to quell.

Last week, Kabila, who has been in power since 2001, announced he would not be running again in the December 28 vote.

Opposition parties are calling on the government to allow Katumbi to return and stand as a candidate.

The opposition presidential hopefuls include Felix Tshisekedi and Jean-Pierre Bemba – a former rebel leader and vice president who was jailed at The Hague before his conviction was overturned.