The wind blew and coloured the landscape in dusk-like orange as we settled to meet with a group of university students under a neem tree in a poor neighborhood on the outskirts of Chad’s capital, N’Djamena.

It was about 5.30PM. My colleague and I were part-way through a field mission to investigate the devastating impact of government-mandated austerity measures on ordinary people, and we were eager to hear from some of the many students whose bright futures were now in doubt.

16 public university students from different parts of the country had gathered to discuss, to describe to us the financial hardships they have faced since the government decided in August 2016 to scrap the US$53 (XAF 28,000) monthly scholarships for all students, except for those enrolled in medical schools, at vocational universities or studying abroad.

After an introduction about the objectives of the meeting, one of the students stood up and set the tone:

“These decisions are unfair and contradictory to the authorities’ claim according to which education is a key priority […]. They did not consult us,” he said.

“They said they will reinvest the money saved (from cancelling the scholarships) to improve our study conditions through the university student welfare centre… Nothing was done. Our study conditions are dire. Did you visit the Toukra University? We don’t have electricity it’s been over a year now and water on the campus is scarce […]. When we protested against the decision, we were beaten up, arrested and some of us were imprisoned”.

One by one, the students took turn to speak. We listened to their disappointment and sometimes anger over the austerity measures that have sparked numerous protests over the past two years. Even the wind calmed down, as if lending an ear to their testimonies.

Besides healthcare, education has been a major casualty of the government’s severe spending cuts. Almost one third of all higher education students in Chad have been affected by the government’s abolition of the monthly scholarships. This is especially crippling for students from marginalized communities such as those from rural areas and poor family backgrounds.

Most of the students that spoke to us under the neem tree come from rural areas and used their scholarships to pay their rent, food, transportation to the university and other bills. Now that these have been scrapped, many students are finding themselves in a dire situation.

“I have six months’ rent arrears and I do not know where to go for support,” said Bachir, and orphan whose family live in a village.

“Before, I used the scholarship – even though it came late – to pay my rent and other needs. Now it doesn’t exist. Since it was cancelled by the authorities, I don’t know what to do.”

Jobs are scarce in Chad

Some of the luckier students have been able to find jobs as security guards, selling cellphone credit cards or driving motorcycle taxis. But then they struggle to combine work and study, with the majority too often forced to miss classes to earn a little more to make ends meet.

Officials from the Ministry of Higher Education have told us that they plan to reintroduce scholarships for disadvantaged students and to increase the budget of the student’s welfare centre to improve study conditions, but they admitted that none of this had happened and could not confirm when it would.

In October 2017, the authorities made students’ lives even more difficult by doubling the registration fees for public universities – except for students at medical and vocational schools. A new student now has to pay US$94 to enrol (XAF 50,000). A new re-registration fee was introduced for returning students who must now pay US$53 (XAF 28,000) to continue their studies. Previously, re-registration fees were subsidized by the government.

These higher fees have made it even more difficult for students to pay for their courses and their bills. Most of the 16 students we met told us they feared not being able to continue their studies.

They particularly worried about their friends from rural areas and poorer backgrounds because this new measure would stop people from embarking on the path to higher education, denying them a better future.

Peaceful protests are met with violence and prison

In protest at the negative impact the government’s austerity cuts have had on their lives and hopes of academic success, many students have taken to the streets in peaceful demonstrations. On several occasions they faced police violence, beatings, and arrests and in some cases imprisonment. Three of them and a 21-year old high school student who joined our discussion later, were arrested and sentenced to prison after taking part in protests against the impact of austerity measures on education.

From January to March 2018, Amnesty International has documented the arrest of at least 150 people for “engaging in unauthorized protests” and “public disorder”. The majority of those arrested were students, at least 42 of them were sentenced to prison terms ranging from one to four months.

There is a different way

Instead of using measures that are hitting some of the poorest hardest whether in the education or health sector, the Chadian government should look for alternative ways of balancing their budget. Closing tax loopholes and tackling corruption would have been not just fairer but more effective options in addressing the revenue gap. According to the IMF, Chad lost US$1.09 billion to tax evasion in 2013. This amount is nearly double the country’s total education and health care spending in the same year, which was US$555 million before cuts were applied.

I can’t help but think about what President Idriss Deby Itno said during the global Partnership for Education Financing Conference in Dakar in February 2018.  Referring to poverty, underdevelopment, conflict and terrorism, President Itno said: “The only sure way to combat these scourges in a sustainable way is to ensure that all children, including the most marginalized, have a good education.”

After nightfall, we left the group of students after a few words of encouragement. On our way back to our hotel, my colleague and I were silent. One question remained in my mind: Will the commitment made by President Idriss Deby Itno during the 2018 global Partnership for Education Financing Conference be a reality one day for all these Chadian students yearning for accessible quality education and a better future?

It’s in the hands of the authorities to improve the prospects of all young people in the country.

As a start the authorities need to carry out an assessment of the impact of austerity measures on the rights of Chadian people to access education and other sectors such as health and social services. Such an assessment should be used to guide the law and policy reform needed to ensure that Chad meets its legal obligations to guarantee that everybody has the opportunity to enjoy their economic and social rights.

On 16 July, Amnesty International launched a report to highlight the consequences of the austerity measures on the population’s economic, social and cultural rights. 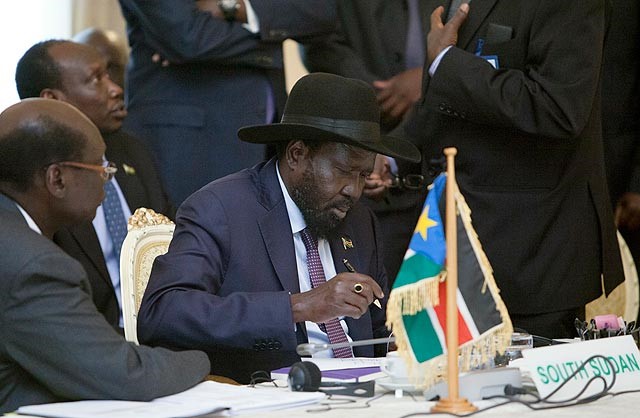 A review of Africa’s successes in 2017