In response to rising cases of malaria in the region, countries across southern Africa are stepping up commitments to eliminate the disease by 2030. On August 18, sixteen Heads of State signed the “Windhoek Declaration on Eliminating Malaria in the SADC Region” at the 38th Ordinary Summit of the Heads of State and Government of the Southern African Development Community (SADC). In the Declaration, these countries endorse key actions to put the region back on track to achieving global malaria elimination targets.

Progress in the malaria fight is fragile

Malaria is one of the most pressing health issues facing sub-Saharan Africa, with around 90% of all malaria cases and deaths worldwide occurring in the continent. In 2016, there were more than 47 million cases in the SADC region alone, primarily among children under the age of five. Over the past fifteen years, SADC countries have made unprecedented progress in the malaria fight, decreasing deaths from malaria by half. Progress was a result of robust political commitment, infusions of global and domestic funding, and wide-scale implementation of effective tools to improve prevention, early diagnosis, and treatment of the disease.

However, the region’s hard-won gains are fragile. In the last few years, funding for malaria has flatlined, and a number of countries in the region have seen a subsequent increase in cases. According to the African Leaders Malaria Alliance (ALMA), which maintains a quarterly scorecard to track national progress on malaria, four countries in the SADC region are considered off-track and progress in seven additional countries is considered at risk.

“We have now reached a crossroad whereby if we increase our efforts we shall move towards elimination.” Said HM King Mswati III of the Kingdom of Eswatini and Chair of ALMA. “But if we continue business as usual we will see the loss of the huge gains that have been made in the fight against malaria and continue to be burdened with [the disease].”

The Windhoek Declaration comes at a pivotal moment in southern Africa’s malaria fight, reaffirming country commitments to elimination at the highest political level and reigniting progress to meet new challenges head on. Approved by Ministers of Health and signed by Heads of State from all sixteen SADC countries — Angola, Botswana, Comoros, Democratic Republic of the Congo, Eswatini, Lesotho, Madagascar, Malawi, Mauritius, Mozambique, Namibia, Seychelles, South Africa, United Republic of Tanzania, Zambia and Zimbabwe — the Windhoek Declaration also shows strong regional leadership in advancing a continent-wide pledge to eliminate the disease made at the 2016 Africa Union Summit.

Specifically, the declaration calls for increased resource allocation from country governments to address gaps in funding and supportive policies to promote malaria elimination, as well as measures to improve data-sharing and program implementation, and establish national malaria elimination taskforces. Some countries – including Eswatini, Namibia, and South Africa – have already undertaken efforts to quantify and address financial gaps at the domestic level. In addition, countries are improving accountability and action on malaria elimination by tracking progress through the ALMA Scorecard.

These efforts will complement those of the existing SADC Elimination Eight (E8), an initiative created by SADC in 2009 to pioneer a sub-regional malaria elimination strategy in eight of the sixteen SADC countries. The E8 focuses on facilitating the sharing of best practices, data, and expertise, strengthening efficiency and effectiveness, and building a model that can be adapted across other SADC countries and beyond.

“We know we can eliminate malaria in SADC.” Said Dr. Richard Kamwi, E8 Ambassador and former Namibia Minister of Health. “We have leadership and vision, and are united to achieve this shared goal. The signing of the Windhoek Declaration will strengthen an historic movement to liberate African countries from the burden of malaria once and for all, and unlock the potential of millions across the region.”

SADC countries must work together to achieve elimination

SADC ‘s mission is to bring together southern African nations to chart a bold vision for their shared future. Drawing on each country’s own unique strengths, SADC member states collaborate on common goals, an approach that is also critically important in the fight to eliminate malaria. Countries in southern Africa area already extensively interconnected, with high levels of migration and mobility that allow for malaria-infected mosquitoes and people to easily national borders. “The progress or failure of one country’s efforts to eliminate malaria is connected to the success of other countries in the region.” Said the Honourable Netumbo Nandi-Ndaitwah, Chair of the SADC Council of Ministers and Deputy Prime Minister of Namibia. “…If we work together, we can certainly achieve more.” 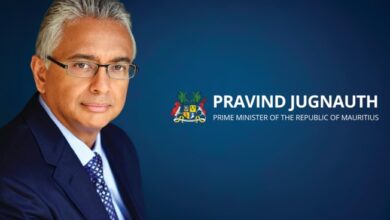 Mauritius is gearing up for the Fourth Industrial Revolution, states PM 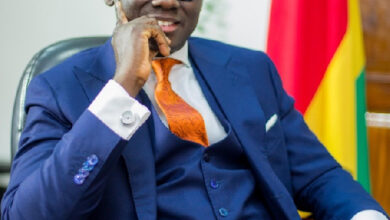 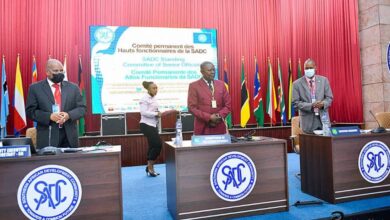