President of the Republic of Ghana Nana Addo Danquah Akufo-Addo is expected to downsize his ministerial list in his maiden reshuffle likely to take place soon.

Sources close to the seat of government – the Jubilee House – have hinted at least 15 ministers will be sacked from the “Elephant-size government.” The size of ministers is likely to drop to about 80 or 90 from the original 110.

The major casualties, panafricanvisions.com, is learning will be deputy ministers and a few substantive ministers “who have performed below average in the eyes of the president.”

Some of the affected ministers, according to whispers from the corridors of power, will be re-assigned to spearhead government policies in different capacities.

Deep throat sources have revealed major changes could hit the Ministries of Information, Trade and Health.

The reshuffle according to sources will be done in phases as the president plans to brief his ministers on the way forward with two years left to end his first term.

The long-awaited reshuffle follows the sacking of Energy Minister, Boakye Agyarko over the replacement of the agreement covering the Ameri Energy project.

The dismissal of Mr. Agyarko comes after the President was allegedly misled into approving the new AMERI deal which had been deferred by Parliament.

The novation and amendment agreement was seeking to buy out the deal Ameri Energy had with the government of Ghana under President John Mahama and handed over to a third party Mytilineos for 15 years. Ghana would have ended up paying over Ghc1 billion under the new arrangement.

The joint committee on Finance and Energy of Parliament rejected the new deal because it had no signatures from the Attorney General and Finance minister. 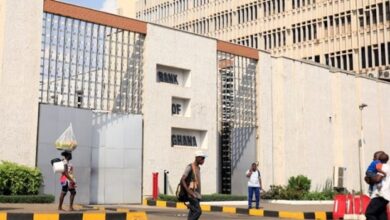 Bank Of Ghana Raises Policy Rate To 22%, To Purchase Export-Related ‘Forex’ To Stabilize The Cedi