Nigeria’s former President Chief Olusegun Obasanjo has said his former Vice President Atiku Abubakar should not count on him for support in his latest bid to actualise his life-long ambition of being elected the president of Nigeria.

Chief Obanjo stated this while fielding questions from newsmen shortly after his arrival from Kigali, he said: “How can I be on the same side with Atiku?” Mr Obasanjo asked. “To do what?”

“If I support Atiku for anything, God will not forgive me. If I do not know, yes. But once I know, Atiku can never enjoy my support,” he added.

Obasanjo rejected all notions that his remarks could be deemed too personal, coming as 2019 presidential campaign gathers steam with Abubakar amongst the front-runners.

The pronouncement comes barely two weeks after Abubakar declared his intention to run for president, touting his pro-business credentials and lambasting President Muhammadu Buhari for his handling of the country’s security situation.

Before then, the former vice president, who has unsuccessfully run for the top office multiple times, spent the past few months criss-crossing the country as part of a strategy aimed at broadening his appeal amongst politicians and the electorate.

It also comes a little over a month after the two met at an event in Abuja and shook each other’s hands before photographers, days after reports said  Obasanjo was under pressure to back  Abubakar.

The disclosure also exposed a fundamental fracture between Obasanjo, who seems hell-bent at ensuring that the alleged transgressions of the past were not forgotten, and Abubakar, who now appears in high spirit for reconciliation.

The former vice president is locked in a fierce contest for the Peoples Democratic Party’s presidential ticket with several political bigwigs on the platform of the major opposition party.

The ever-broadening field already includes Rabiu Kwankwaso, Sule Lamido, Ahmed Makarfi and Taminu Turaki. While some of these politicians are already capable of challenging Mr Abubakar for the ticket, the recent addition of Senate President Bukola Saraki and Governor Aminu Tambuwal, both of whom are being rumoured as equally running for president, could further complicate Mr Abubakar’s chances.

Chief Obasanjo did not specifically say whom he would back for the PDP ticket. Already, the African Democratic Party, with which he now publicly identifies, has entered into an alliance that would see it and over 30 other political parties present a joint presidential ticket with the PDP..

After the former president said he would not support President Muhammadu Buhari for a second term, widespread conclusion had been that he would back anyone presented as the major challenger, even if this turned out to be Alhaji Abubakar.

“Most of you do not understand the way I operate,” Obasanjo said. “And I thought your own paper will understand better.”

“I know Atiku very well. And I have mentioned my position with Atiku. My position has not changed,” he said.

On a personal note, he added, “If my children are getting married, he has sent representatives. If his children are getting married, I have sent representatives. That is social. That is not political. But “on political ground, my position has not changed. If I support Atiku for a political office other than the one I supported him in the past when I did not know him,” maybe, but not “now that I know him, God will not forgive me.”

A spokesperson for Atiku is yet to response to Obasanjo’s statement when reached for comments, indicating the campaign was likely going to ignore the former president rather than engage him openly.

Chief Obasanjo did not offer further remarks on his grouse with Atiku, but he had repeatedly complained of his former right-hand man’s alleged sharp practices.

Chief Obasanjo, 81, tapped Abubakar as his running mate in 1999, and both went on to rule Nigeria until 2007. The pair started on a good note for Nigeria’s democracy, working together to dismantle the statist political economy imposed by successive military administrations for more liberal economic policies.

Obasanjo who trusted Atiku with key government initiatives, placing him in charge of the National Council on Privatisation to midwife the sale of federal assets which were not only dysfunctional at the time but fast becoming white elephants draining national resources. But years into the administration, Mr Obasanjo started accusing Atiku of corruption, and at a point, set up a panel to probe his deputy. Anti-graft detectives allegedly came up with damning dossiers that linked his lieutenant to a slew of financial misdeeds.

The F.B.I. accused Nigerian and American officials of running a bribery racket in the award of a broadband project to expand Internet coverage in Nigeria in the mid-2000s.

Specifically, Abubakar was said to have received kickbacks for his role in helping iGate, an American firm, secure the contract. Williams Jefferson, an American politician who was a member of the U.S. Congress at the time, was identified as a political associate of Abubakar with whom the Nigerian leader allegedly connived to inflate the contract and get illicit payouts for seeing it through.

It was further reported that the infamous $100,000 cash which investigators found in Mr Jefferson’s refrigerator was intended as parts of the bribes to be paid out to Mr Abubakar. Mr Abubakar strongly denied ties to the fraud.

Mr Jefferson was convicted on 11 out of 16 counts of criminal charges filed against him in 2009 and sentenced to jail shortly thereafter.

But Atiku was never arraigned, much less convicted of any crime. During Mr Jefferson’s trial, prosecutors failed to prove him guilty of allegations of bribing foreign officials, which meant that there was no evidence to link Abubakar to the $100,000 bribe.

Still, the claims that Abubakar was involved in the bribery remained widespread. They were also largely linked to the mystery surrounding the former vice president’s ability to travel to the U.S., which was perhaps the biggest of his alleged political baggage until the position of Mr Obasanjo.

Mr Abubakar strongly denied having any questions to answer in the U.S., and repeatedly said he applied for U.S. visa but was not granted. The U.S. Embassy in Abuja often declines comments on visa matters involving Mr Abubakar.

Mr Obasanjo, whose two terms were on the platform of the PDP, has since become estranged from the party. In 2015, he abandoned former President Goodluck Jonathan and threw his support for Mr Buhari, after years of tension over which direction held better promise for the country’s future.

Although Obasanjo said he regretted supporting Buhari, yet, he felt that Atiku Abubakar would not be appropriate as his stand-in candidate next February.

“If Jonathan had performed, we would not have had Buhari,” Mr Obasanjo said. 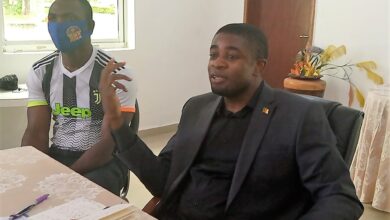 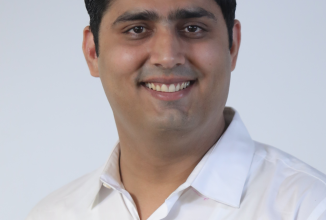