The Zambian Delegation and Embassy staff successfully participated and showcased Zambia at the Global Summit in the United States (U.S) under the theme “Driving Trade, Unleashing Investment and Enhancing Economic Development: The Gateway to African Markets.”

The Permanent Secretary has also announced that Government has lined up a number of activities in the province to commemorate 100 years since the end of the First World War, on 11th November, 1918. Mr Kamanga further announced that the Northern Province Investment Expo will take place from 20th to 25th November, 2018 in Kasama. He said the Investment expo will open up Northern Province to local and foreign investment aimed at creating jobs for the locals.

“This part of History needs to be told and so Zambia will ensure that the rest of the world is aware of this important part of history. The country has a big role to play in preserving this history for future generations and create an opportunity for the promotion of tourism and investment in Northern Province and the entire Northern Circuit,” he said.

He said this when the Zambian delegation to this year’s Africa Trade and Investment Global Summit, (ATIGS) paid a courtesy call on Zambia’s Ambassador to the United States Dr. Ngosa Simbyakula, S.C., in Washington DC.

And Dr. Simbyakula was delighted to note that the Summit’s objective was in line with the Mission’s mandate of marketing Zambia to the U.S. and other countries of extra accreditation. The Ambassador assured the delegation that the Mission would follow up on interests expressed during the meetings with other business executives.

The Zambian Delegation and Embassy staff successfully participated and showcased Zambia at the Global Summit in the U.S. under the theme “Driving Trade, Unleashing Investment and Enhancing Economic Development: The Gateway to African Markets.” The Summits objectives were aligned under the U.N Sustainable Goals, of ‘Decent work and Economic Growth’ and ‘Strengthening means of implementing and revitalizing global partnership for sustainable Development.

The Summit is a prestigious biannual business conference and exhibition designed to promote and facilitate international trade between America, Asia, Caribbean European Union, United Arab Emirates and Africa; to facilitate foreign Direct Investment in Africa and to promote a platform for business to expand into new markets.

Meanwhile, Mr. Kopulande, said the summit said ATIGS was an opportunity for Zambian Participants to learn the quality standards requirements for entry into US markets through AGOA.

During the Summit, the Zambian delegates networked with other business executives and entrepreneurs from the US and other participating countries in order to establish business linkages.  The ATIGS 2018 edition attracted over 2000 key economic players from more than 70 countries including government delegations, high profile African Leaders, Project Developers and International Investors.

Distributed by African Media Agency (AMA) on behalf of Embassy of the Republic of Zambia, Washington, D.C.. 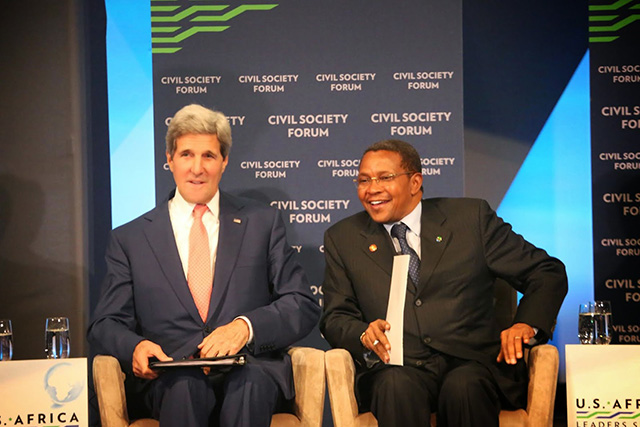