Court of Appeal in Kenya has nullified election of Anwar Loititip as Lamu Senator during August 8, 2017 polls over irregularities.

Wanjiru Karanja, who read the judgment, accused the High Court Judge Asnath Ongeri for validating the 32-year-old win without looking at the grounds established by the petitioner.

“The appellant adduced enough evidence with should have called for a vote recount,” said Justice Karanja.

The Judge further said there was need to scrutinize votes at nine polling stations. She noted that votes casted in those stations exceeded the number of registered voters.

Loititip, who contested the seat on Jubilee party ticket, garnered 14,432 votes against his fierce rival Hassan Albeity of Wiper party who got 14,374.

The ruling followed a petition by Hassan Albeity who faulted High Court for throwing away his case citing inadequate evidence. 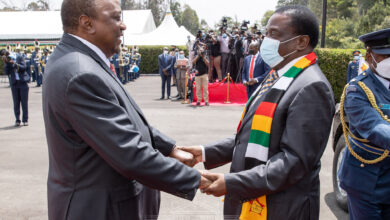