This additional funding brings the total U.S. humanitarian contribution for Ethiopia to more than $802 million since October 2016

WASHINGTON D.C., United States of America, July 24, 2018,-/African Media Agency (AMA)/- Today the United States announced an additional $170 million in humanitarian assistance to support the people of the Federal Democratic Republic of Ethiopia, many of whom left their homes because of escalating conflict or natural disaster, and who are facing severe food insecurity as a result. This additional funding brings the total U.S. humanitarian contribution for Ethiopia to more than $802 million since October 2016.

The new funding includes emergency food and nutrition assistance, life-saving medical care, shelter, and safe drinking water, as well as programs to improve sanitation and hygiene programs to treat and stop the spread of preventable diseases. This assistance will provide vital humanitarian aid to millions of Ethiopians and to refugees who are seeking shelter in Ethiopia.

An estimated 8.5 million people in Ethiopia are in need of urgent humanitarian assistance, a situation compounded by insecurity and large-scale displacement along the border of Oromiya and Southern Nations Nationalities and Peoples region.  The number of people displaced along the West Guji and Gedeo zones has risen to nearly one million since April. This newly displaced population is in addition to the 1.6 million Ethiopians pushed from their homes by conflict or drought who need immediate, vital humanitarian assistance.

The United States, the largest donor of humanitarian assistance in Ethiopia, urges additional contributions from the Government of Ethiopia and other donors to meet the needs of vulnerable Ethiopians. 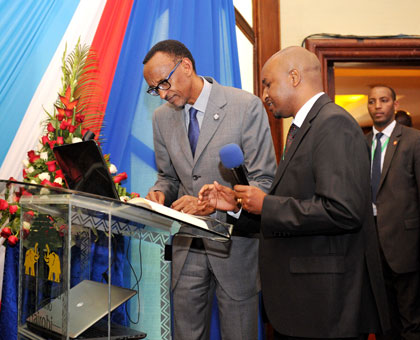