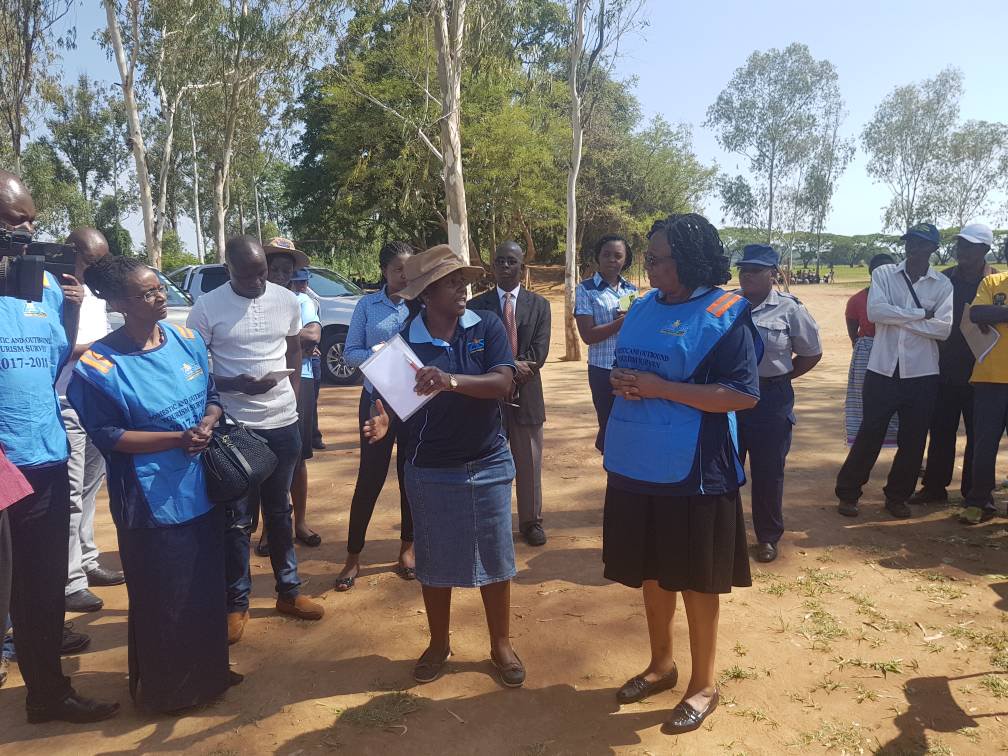 The United Nations Population Fund has over the past couple of years made great strides in supporting humanitarian programs in maternal health, family planning, sexual and reproductive health, gender based violence and HIV and AIDS .United Nations Population Fund [UNFPA] gives support in these thematic areas in order to bring back home open space for Health well-being. This is for social status improvement, capacity building for knowledge indoctrination, and advocacy for community development.

One successful results based area of their focus is Family Planning . It has over the years shown improvements in delivering World low and steady population growth .It is campaigned for so as to match the 7billion World population with available resources. Family planning and Sexual  Reproductive Health advance women and the girl child to have personal moral choices concerning their rights as related to sex and sexuality and parenthood .

On a deep note in gender analysis of the above mentioned, 80 percent of women bear the brunt of challenges related to Maternal health linked to complications at giving birth, sexual abuse and the contraction of HIV and AIDS. It is a true fact that women are on the receiving end as they are most affected and disadvantaged according to the survey done by ZIMSTAT.

According to Experts in Health, this is still unacceptably high and far from the Ministry of Health and Child Care 2020 target of 326 per 100 000 live births. Another survey reported an increase in skilled birth attendance at delivery from 66,2 percent to 78 percent while women attending at least 4 or more Antenatal care visits increased from 64,8percent in the last survey to 75,7percent. Maternal health is concerned with the giving birth of women receiving antenatal care for safe motherhood.

United Nations Population Fund Representative in Zimbabwe, Esther Muia sidelines with such surveys which are a long way in solving complications which are mainly met by women especially during the time of giving birth. Secondly, women become aware of their rights, choices and they gain knowledge on planning families, raising children, curbing HIV and Aids.

The Representative said the work on Zimbabwe Demography and Health Survey helps at global level in giving information in various areas . It is vital to find solutions to problems and therefore formulate development policies and programs at national level.

”Such surveys help inform our work as they provide reliable and timely data that can help Zimbabwe in the formulation of development policies and programs. Although there is a decline in maternal mortality to 651 per 100,000 live births from 960 per 100,000live births in 2010, this is still unacceptably high and far from the Ministry of Health 2020 TARGET of 326”, she said

Women remain on the receiving side as they are a bit higher affected by areas of other surveys taken, which are like the Adolescent Sexual and Reproductive Health, Gender based violence, Family planning, HIV and AIDS. Facing a chain of these challenges, women are bent bore heading towards fighting to bring change through the assistance of UN families.

Some of these UN Agencies are UN Women for Women empowerment and gender equity and equality, UNICEF for child rights and educational resource support, and UNDP for HUMANITARIAN DEVELOPMENT projects to advance the above mentioned. Also relevant in funding are Non-Governmental Organizations , USAID , PEPFAR , DFID and countries , USA and UK which work in other areas of development

Survey findings snap glean of information that, nearly one third of the deaths among women 20-24 years are maternal health related. Skilled Birth Attendance at delivery is moving well, to achieve the 2020 target of 90 percent of women undergoing for ANTI NATAL CARE visits.

This is manifested by factors which show that health profession literacy is growing every day in the country. Secondly, increase of health care service clinics and increase in medical equipment supply is vital. Evidence is that nearly 99,9percent of women with tertiary education give birth with a skilled provider and only half of the non -educated, 49,7 percent do not .

ZIMBABWE did better on the Millennium Development Goals number 4 and 5 on child mortality and , maternal Health , goal 3 , gender equality and women empowerment and goal 6 on HIV and Aids. The United Nations is now focusing on the 17 Sustainable Development Goals which were launched in 2015. .

On Sexual and Reproductive health, Adolescent fertility remains high among young girls 15—19 years old. This calls for several interventions which UNFPA must put forward in order to avoid unwanted pregnancies while girls are still in school. These above all range from working on policies to do with sexual and reproductive health education in schools which goes deep into SEX AND SEXUALITY, HIV and AIDS, Care and COUNSELLING. Nearly 1 in 10 adolescent girls gives birth every year .This calls for further adolescent lessons which goes well with, advocacy, awareness and capacity building in young people .

Abstaining sex of adolescents leeway them into priority areas to forward their education. According to this writer’s research findings, adolescents who indulge in sex at an early age get affected by Reproductive Tract Infections like obstetric fistula, a human biological abnormality which causes sterility, late pregnancy and complicates birth.

Eclampsia which is a condition linked to severe high blood pressure which can lead to the neo-natal’s death is one of the biological problem in adolescence who get pregnant. Cephalo – pelvic disproportion is another complication which affects young girls in early birth life when the size of the baby does not correspond with the size of the pelvis.

Under such circumstances women go through caesarian operation. Sometimes long term problems in young women takes place especially during puberty that is when they indulge in sex with men who have records of sexual transmitted infections like Syphilis and HIV opportunistic infections like tuberculosis.  .Today according to UNFPA , ADOLESCENTS in total population clocks 1 billion worldwide . It is time to challenge family planning health providers , discuss on sex and sexuality and to look at Sexual and  Reproductive Health .

Commenting on fertility and family planning, Lovejoy Gamba of Zimbabwe National Family Planning Council, said teenage pregnancy has dropped in urban areas not in rural areas. She cited that, this is mainly because of education on contraceptive use and availability of numerous youth friendly resource centers in urban area. Secondly access to various media on health issues. HIV and Aids and sexual and reproductive health education media disseminate a lot on the effects mentioned above.

‘’I think we haven’t done well in the rural areas where teenage pregnancies records are high. It tells that Reproductive health education has gone broad in urban areas where young girls and women experience the bite of economic life hardships. Like you, really know, Non – Governmental organizations and health facilities are more in urban areas.

It is the spread of information on effects of HIV related opportunistic infections like tuberculosis which turn away many people from unprotected sex. Condoms and family planning methods continue playing a crucial role, protecting young girls and women from sexual transmitted infections, unwanted pregnancies and HIV’’, she said.

‘’The other point might be that women and young girls have resorted to these services because of reasons related to economic global liquidity crunch. Some reasons are related to the spread of family planning education and subsequently planned parenthood and the need to bear children less in number, who they can afford to take care of at a time employment opportunities are scarce in an economically dynamic world .’’ she concluded . HIV and Sexual Reproductive Health findings revealed 50 percent increase in testing last year for both men and women. Giving a presentation on the sideline of HIV knowledge, circumcision and domestic violence, Maqhawe Ndlovu of ZIMSTAT said increase in HIV testing is explained by the successful rollout of the prevention of mother to child transmission program in both rural and urban settings. For men he talked of the HIV testing in the voluntary medical male circumcision program.

Ndlovu explained that 14percent of young men have gone for circumcision program shouldered with faith that circumcision reduces chances of HIV infection by almost 60% . Circumcision protects from the spread of cancer in both partners. Lastly it protects men from cancer of the penis.

Ndlovu pointed out as well that the survey came up with information that 84percent women use condoms and 88percent are men. The two figures show massive spread of information on HIV and AIDS. He stressed that the percentage of women who had experienced violence had decreased from 18, 4 percent in 2010 to 14,5percent in2015.

Over the past decades , women almost 60percent succumbed to sexual , physical and economic abuse because of lack of education related to the law and mostly cultural and traditional values which ruled in marital families and relationships .These values supported male chauvinism and sexism which ruthlessly ruled over women freedom and emancipation .

It is a long journey taken through a narrow path in winning most of these goals. In effort investment to achieve the Convention on the Rights of the Child, UNICEF, strives to achieve goals on child health and nutrition, an area of parental care of which mothers centre their concerns on.

Presenting on this topic, Grace Chaora of ZIMSTAT elucidated that slight changes have been recorded but still we need effort to win on some areas. She talked of infant mortality which is 50 deaths in 100, 000 births. Infant mortality is the number of babies born, who die before their 1st birthday , child mortality before 5 years. Neonatal, born babies die before 1 month. In Zimbabwe it is 29 deaths per 100, 000 births.

Maternal mortality remains a little bit high in developing countries. In Zimbabwe as of 2015, it is 651 deaths per 100,000 births from 930 death. As compared to the developed world, it is 4 deaths in 100,000 births .In order for the developing world to be on the same level with the developed world, there is need to scale up maternal programs, to reduce complications at birth and give provision of quality and professional services at birth.

‘’Increase in morbidity death is caused by Anaemia and stunting in children , which refers to lack of sufficient diet in children especially those in developing countries . Although mothers can be HIV positive , the first 6 months , they are encouraged to do exclusive breast feeding , meaning feeding a baby with mother milk only , but still mothers need more education on breastfeeding since these days they can breastfeed to 2 years’’, she said

Mother’s milk remains best for babies since it contains maternal oxytocin and docosahaenic acid which keeps babies health and alive. Mother’s milk contains proteins which build up on bones and keeps the baby strong thereby scaring away stunting which is at 13 percent in Zimbabwe. Breastfed babies are health, buxom, smart, and lovely and disease free.

Stunting is of serious effects in babies in terms of their health. It is defined as loss in weight caused by lack of milk suitable for babies as they grow up . GRACE CHAORA also touched on BCG VACCINATION which she said is 90 percent, polio 89 percent health service provision in Zimbabwe.