A trader left many in shocked when he barred road constructors from cutting down two indigenous trees, Ekerbergia capensis and Pondo in Ol Kalou market (located in the central part of the country).

David Wanjohi, 66-years old, mobilized residents to help him defend the two which were to be cut to pave way for construction of parking under the ongoing upgrading of the market.

Ekerbergia Capensis is alleged to have been planted by the Kenyan first president, Jomo Kenyatta prior to his arrest and detention while Pondo was planted by David Wanjohi in October 2011 as an honour to former Peace Nobel Prize winner Wangari Maathai

“Wangari Mathaai was my hero. We were told to plant a tree in her honour. I did not have the land to plant trees and I decided to plant this Pondo tree in front of my shop in her honour,” said agitated Wanjohi.

Mr. Wanjohi vowed to slaughter anybody who attempts to destroy the trees noting that he spent sh.1000 ($10) to acquire Pondo from the foresty department.

“I fenced around my trees to protect it from destruction and watered it daily. It is unfair for us to be told to plant a tree and then some people destroy then on flimsy excuses that they are ugly,” he said.

The area leader Ken Mukira castigated the move to cut the two prestigious trees saying they are a blessing to his people. He said President Uhuru Kenyatta won elections in 2013 after he addressed locals under Ekerbergia Capensis tree.

“This tree defines our history and must be protected at all cost. Sometimes residents who want to discuss serious issues also come here. This is a historical sight and is a synonymous with Nyandarua headquarters as I am informed President Jomo Kenyatta stood here when declared Ol Kalou the headquater of Nyandarua,” reiterated Mr. Ken Mukira.

When Mr. David learnt of the plan to brought the trees down he made a big signboard warning those who had an intention of destroying them, 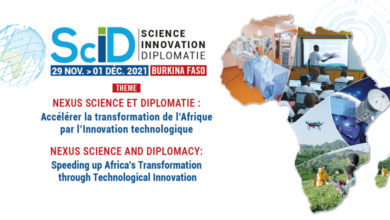 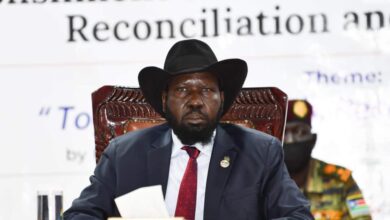