A delegation of representatives from European entities including the European Commission and European Investment Bank, as well as international organisations, such as UNIDO, the UN Food and Agriculture Organization, together with European private sector representatives, will accompany President Tajani

BRUSSELS, Belgium, July 16, 2018,-/African Media Agency (AMA)/- “Niger plays a key role to drastically reduce irregular migrants’ flows to Libya and the EU. My visit to Niamey aims at strengthening our partnership with this country, discussing how the EU can promote investments and make more funds available. I will also meet representatives from the Sahel and Sahara region to discuss how we can expand the Niger migration-management model to other African transit countries,” said European Parliament President, Antonio Tajani, ahead of his visit to Niger from 17 to 18 July.

President Tajani will hold bilateral meetings with the President of Niger, Mahamadou Issoufou, the President of the National Assembly, Ousseini Tini and Prime Minister, Brigi Rafini. He will meet the Presidents of the national assemblies of the G5 Sahel countries (Niger, Mali, Burkina Faso, Mauritania, Chad) and the Secretary General of the Community of 29 Sahel and Saharan States (CEN-SAD), Ibrahim Sani Abani.

A delegation of representatives from European entities including the European Commission and European Investment Bank, as well as international organisations, such as UNIDO, the UN Food and Agriculture Organization, together with European private sector representatives, will accompany President Tajani. They will participate in two conferences focusing on digitalisation, agriculture, water resource management and renewable energy with a view to promote investment partnerships between European and Nigerian companies. The events will relate also to the use of the EU satellite systems EGNOS, Galileo and Copernicus for agriculture, aviation and border control.

“The aim of this visit is the strengthening of political ties and fostering investments and technology transfer to Niger. l will be accompanied by over 30 EU businessmen and potential investors and by researchers and representatives of international organisation. Only through a comprehensive action involving all EU means and resources, in cooperation with international actors and the private sector, we can provide concrete and solid answers to poverty, migration and security in Africa. The European Parliament is committed to support the achievements of the UN sustainable development goals’’.

Agenda of the President’s visit (meeting times are local, one hour behind Brussels):

18:00 Meeting with the presidents of the national assemblies of the G5 Sahel countries (Niger, Mali, Burkina Faso, Mauritania, Chad)

19:30 Joint press conference with the Presidents of the National Assemblies

08:00 Meeting with Ibrahim Sani Abani, Secretary General of the Community of Sahel and Saharan States (CEN-SAD)

08:30 Opening of Research and Innovation Roundtable on “Digitalisation, agriculture and water resource management. Three challenges for Europe and Niger”

09:15 Meeting with President of the National Assembly Ousseini Tini

15:00 Participation in conference on Investment Opportunities in Niger, followed by press point

Please click here for the program of Research and Innovation Roundtable on “Digitalisation, agriculture and water resource management. Three challenges for Europe and Niger Conference.

Please click here for the program of Investment Opportunities in Niger conference.

The European Union is one of the most active financial contributors in Africa thanks to a wide range of tools and programmes:

For this reason the Trust Fund has so far pledged a €3.3bn commitment of the EU to three key regions of Africa – the Sahel and Lake Chad, the Horn of Africa and North Africa aiming to help more than 160,000 migrants in transit and create more than 250.000 jobs in Africa, including a commitment of €230m in Niger, which is the main beneficiary of the Trust Fund, now allowing for 11 different projects to assist with improved governance and conflict prevention, improved migration management and enhanced economic and employment opportunities.

Thanks to EU support from the Trust Fund, the International Migration Organisation has moved 23,000 migrants, since January 2017, from Libya to Niger and then subsequently returning them, pursuant to their own wish, to their country of origin. Over 1.700 vulnerable refugees and asylum-seekers have been evacuated from Libya to Niger since November 2017.

One of the said 11 projects for instance invests €6.9m from the Africa Trust Fund to improve the transition from training to employment for young girls and boys in the regions of Zinder and Agadez. Furthermore, it is estimated that more than 9,000 young entrepreneurs managed to start their own business activity thanks to Trust Fund projects in Niger.

Following the European Council of 28 and 29 June an additional €500m have now been allocated to the Trust Fund.

EU humanitarian Aid in Africa and other projects

EU aid is mainly channelled through the European Development Fund, now in its 11th edition allocating a total of €596m to Niger for the period 2014-2020, covering four main sectors including food security, governance and infrastructure. The total humanitarian aid for Niger in 2017 was €42.6m covering support for nutrition and food assistance to actions in response to Boko Haram violence in Diffa as well as supporting Malian refugees in Niger. In addition to EU aid, Niger also benefits from regional programmes for West Africa in certain fields including for instance in police information systems and transport. In 2015 the European Parliament launched also a preparatory action with an investment of €4.6m to improve nomadic health in north Niger and north Mali.

The External Investment Plan (EIP) was launched in 2017 with a view to attract significant private investment in the EU Neighbourhood and in Africa. It is expected to leverage €44bn of investment through an initial EU input of €4.1bn.

The Plan will do so by using public money to lower the risk of private investment in key sectors for the development of African economies like sustainable energy or small business lending. The instruments combined the EU’s existing so-called ‘blending’ programmes (€2.6bn budget), which mix loans and grants with guaranteee (€1.5bn budget).

The investment plan has seen for instance a €64m investment into a hybrid energy power plant in Agadez in Niger, allowing the supply of electricity in previously off-the-grid rural areas and the construction of a solar power plant in Gorou Banda to supply the suburbs of Niamey including also the training of young African engineers in photovoltaic technology.

Niger, although relatively small, is probably the single most important migratory transit country for the central Mediterranean route towards the EU. It is estimated that about 90% of migrants from West Africa en route to Libya and Europe travel through Niger.

Between 2016 and 2017, numbers were significantly reduced. In 2016 the International Organization for Migration (IOM) observed 333.891 individuals outgoing through Niger borders (mainly to Libya). In 2017 the number decreased to 17.634. The decreasing trend seems to be confirmed by 2018 estimates.

Restrictive measures taken by the government of Niger to crack down on irregular migration, the situation prevailing in Libya, and the repatriation of Nigerien nationals residing in Algeria, have led to a shift towards more perilous and fragmented migrant routes. It is estimated that, at a minimum, nearly 500 deaths (a number likely to be far higher) per year in the Sahara desert in Niger and Algeria only.  There are also significant risks of kidnapping for ransom and trafficking in persons.

Niger is currently hosting over 300.000 refugees and displaced persons fleeing the crises in neighbouring countries. Refugee camps are concentrated in the south-eastern region of Diffa and the northern and north-western regions of Tahoua and Tillabery, where a major humanitarian crisis is playing out. More specifically, according to UNHCR data there are, as of January 2018, 310.626 persons of concern in Niger. Out of them, 129.520 are Internally Displaced Persons (IDPs). The remaining are non-Nigerien nationals and come principally from Mali and Nigeria.

Click here to read the UNHCR briefing note on immigration in Niger.

Distributed by African Media Agency (AMA) on behalf of European Parliament – The President. 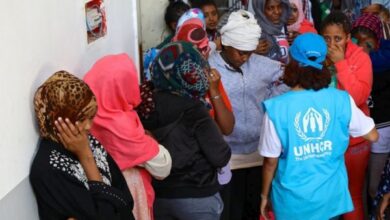 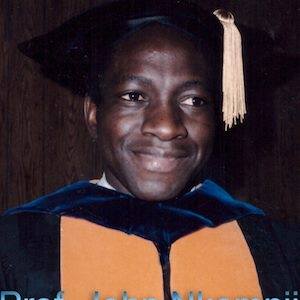 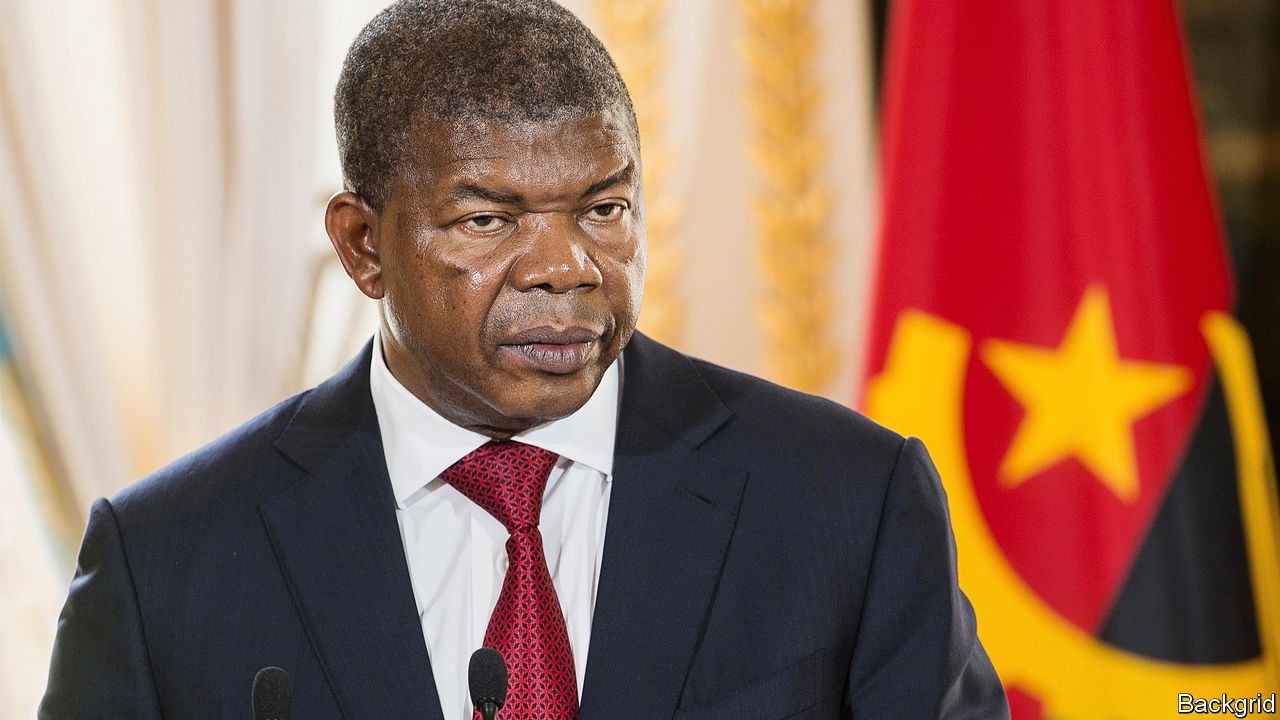