JUBA, South Sudan, July 12, 2018,-/African Media Agency (AMA)/- In South Sudan, since the start of the conflict, sexual violence has been committed on a widespread and systematic scale as a tactic of war and terror. As part of a joint United Nations – African Union solidarity visit, led by Deputy Secretary-General Amina Mohammed, I visited the country from 3 to 7 July 2018. The primary purpose of my visit was to better understand the needs of survivors and vulnerable communities, as well as the nature, patterns and trends of conflict-related sexual violence. The visit also provided a critical opportunity to reinvigorate commitments made by the Government since 2014 to prevent and prosecute crimes of sexual violence, as well as to ensure the delivery of essential services to survivors.
In the course of my visit, I met with senior government officials, including the Minister in the Presidency and the Ministers of Justice, Defense and Gender; the Deputy Chief of Defense Forces; and the Inspector General of Police. I also met with religious leaders from the South Sudan Council of Churches and the Islamic Council, members of the donor and diplomatic community, as well as UN agencies and UNMISS leadership. In my meetings with civil society organizations, I was alarmed to hear about the increasing climate of intimidation in which they work, including attacks against those providing services to sexual violence survivors. I visited sites for the protection of displaced civilians in Malakal and Juba, where I spoke with women and girls who had survived sexual violence, yet continue to live in situations of acute vulnerability both inside and outside the camps.

Civilians fleeing the fighting in Unity State, which peaked between 16 April and 24 May, recounted shocking patterns of conflict-related sexual violence, occurring alongside other atrocity crimes. The testimonies I heard were horrific: men being systematically killed, the elderly and sick being burned alive, the genitals of young boys being mutilated or cut off, and women and girls being gang-raped – often to death. Rape and gang-rape are being used to pursue military and political objectives, such as clearing areas of perceived enemies, defined along ethnic and political lines. In this context, sexual violence serves as a lethal tactic of war and a “push factor” for forced displacement.

According to a report released yesterday by UNMISS and OHCHR on the indiscriminate attacks against civilians in Southern Unity State, at least 120 women and girls, including pregnant and lactating mothers, and girls as young as four-years-old, were raped and gang-raped by the SPLA and associated forces (including pro-Taban Deng forces and clan youth militia) in Koch and Leer county. Witness accounts indicate that some women and girls who resisted rape were shot. The report further documents 15 incidents of abduction involving at least 132 women and girls, for the purposes of sexual slavery and forced labor.

Women in the camps told me of the lack of food, health services, and livelihood opportunities. In order to collect firewood, women and girls need to continuously venture further beyond camp perimeters, at great personal risk. Although they walk in groups to reduce their vulnerability to attack, they are still frequently assaulted by soldiers lurking in the high grass. Yet they have few alternatives, as they cannot ask male community members for help. In the words of one woman: “Our men would get killed, whereas we only get raped”. In addition to security and basic livelihood assistance, all of the women I spoke with said that they wanted to see the perpetrators punished. Yet sexual violence is fueled and exacerbated by impunity on a massive scale.

The Government of South Sudan bears the primary responsibility for protecting its people. Indeed, Government officials I met affirmed their willingness to implement the Joint Communiqué to end sexual violence signed with the United Nations in 2014. Moreover, it is important to recall that the Cessation of Hostilities Agreement, signed on 21 December 2017, lists sexual violence among the prohibited “hostile military actions”. To support the transition from prohibitions on paper to measurable progress, the Sudan People’s Liberation Army (SPLA) has developed an action plan to prevent sexual violence and hold perpetrators in their ranks to account. In addition, the South Sudan National Police Service (SSNPS) is recruiting more women, which will encourage survivors to report these crimes and seek redress, and is working to ensure the effective functioning of special protection units.

The United Nations stands ready to support the Government in these endeavors. To that end, I will deploy a team of experts to South Sudan before the end of the month, to provide technical assistance to the justice and security sector. I will also brief the United Nations Security Council on the findings of my mission, as well as the South Sudan Sanctions Committee, which includes sexual violence among the designation criteria for sanctions.

The main hope and desire of the women I met during my visit, was the desire for peace. In this respect, I am encouraged by the Khartoum Declaration of Agreement between the Parties to the Conflict of South Sudan, signed on 21 June, which declares a “permanent ceasefire”. This must be respected by all sides, and should entail not only the complete silencing of the guns in South Sudan, but also the cessation of all forms of sexual violence. There is now an urgent need for sustained and sincere political will, coupled with robust mechanisms to ensure compliance with the range of commitments made by the parties to date. It is also critical that the authorities undertake an effective, prompt and impartial investigation into all alleged violations of international humanitarian and human rights law committed in the context of the recent Southern Unity operations, as well as other alleged atrocity crimes.

I commend the efforts of the United Nations and the African Union to bring sustainable peace and stability to South Sudan, and note that in an extremely challenging operating environment, UNMISS has played a critical role in the protection of civilians, and the UN country team and its partners have continued to deliver lifesaving services to women and girls affected by gender-based violence. Donors and international partners must increase their support, to enable the provision of medical and psychosocial assistance to survivors, including in remote areas, as well as technical expertise and resources for security sector reform, justice and reparations. 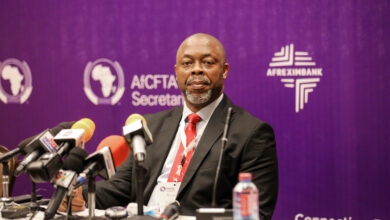