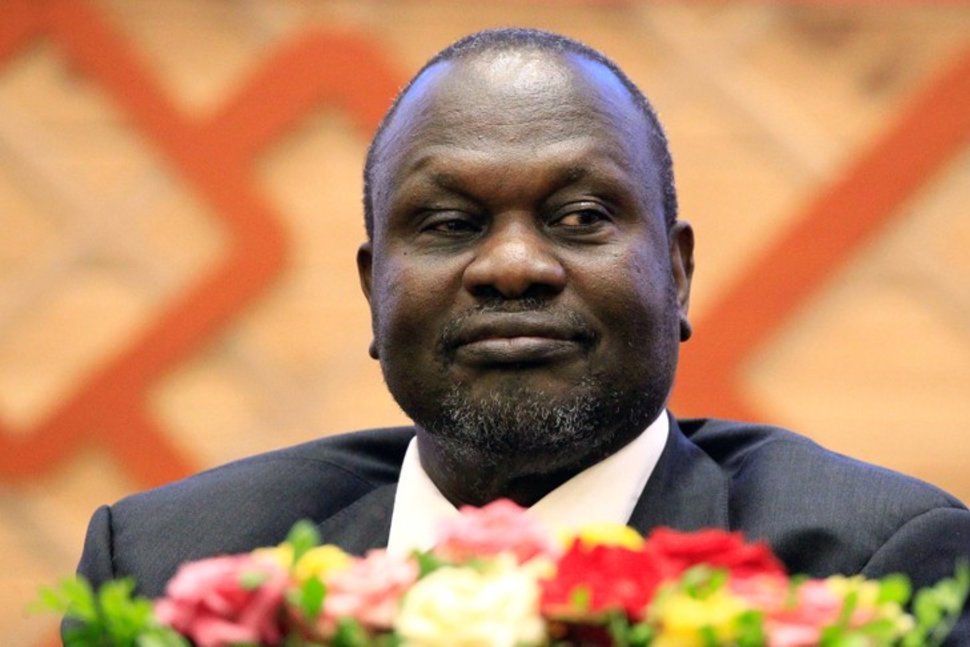 FILE PHOTO: South Sudan rebel leader Riek Machar Kiir attends the signing of a peace agreement with the South Sudan government aimed to end a war in which tens of thousands of people have been killed, in Khartoum, Sudan June 27, 2018. REUTERS/Mohamed Nureldin Abdallah/File PhotoREUTERS

JUBA (REUTERS) – SOUTH Sudan rebels on Monday rejected a peace plan to reinstate insurgent leader Riek Machar as vice president, saying it failed to dilute the strong power base of the country’s president.

Machar was President Salva Kiir’s deputy until 2013, when a political disagreement between them degenerated into a war that has ravaged South Sudan ever since.
The deal naming Machar first vice president was reached in Entebbe in talks mediated by Uganda’s President Yoweri Museveni and that he and Kiir attended. It was announced on Sunday by Kiir’s office.

But an official of Machar’s SPLM-IO rebel group said on Monday it was not acceptable.

Puok Both Baluang, SPLM-IO deputy spokesman, said the rebels should appoint two of the four vice presidents envisaged under the Entebbe deal and Kiir’s grip on power should be loosened further.

“We will not fall only for the position of the First Vice President in this negotiation. We are focusing more on structural and institutional issues to constrain Kiir’s regime both in the executive and legislature,” he said.

It was not clear if Baluang was speaking on Machar’s behalf, and the SPLM-IO leader could not immediately be contacted for comment.

SPLM-IO is the largest of the rebel groups fighting Kiir’s government, and militants allied to it control several areas close to the capital Juba.

The agreement on Machar’s position would have marked a potential breakthrough in new efforts mediated by regional leaders to end the war, which has primarily been fought along ethnic lines between Kiir’s Dinka and Machar’s Nuer groups.

It has killed tens of thousands and devastated the economy of Africa’s youngest nation.

A similar power-sharing deal in 2015 failed the following year after Machar returned to the capital and disagreements quickly developed, reigniting fighting.

On Friday, government and opposition signed an agreement on security arrangements that followed on from a ceasefire deal last month, but the truce has been frequently violated by both sides.