The activities, which are aligned to the National Development Plan and outlined in the Medium Term Strategic Framework 2014-2019, are undertaken to build a better South Africa

PRETORIA, South Africa, July 23, 2018,-/African Media Agency (AMA)/- Government has scheduled the following briefings/activities for the week: 23 – 29 July 2018. The activities, which are aligned to the National Development Plan and outlined in the Medium Term Strategic Framework 2014-2019, are undertaken to build a better South Africa.

The Minister of Small Business Development, Ms Lindiwe Zulu, and Deputy Minister, Mr Cassel Mathale will host the Third BRICS Medium, Small and Micro Enterprises Roundtable meeting on Monday, 23 July at Hyatt Regency Hotel in Rosebank at 09h00.The key objective of the meeting is to enhance collaboration and co-operation among BRICS members on issues of small business development and promotion.

On Monday, 23 July, the Minister of Home Affairs, Mr Malusi Gigaba, will brief members of the media on progress relating to the War on Queues Campaign at the Home Affairs Ministry, 909 Hatfield, Pretoria at 11h00. The update follows major systems upgrade undertaken by the department from 13-20 July. Minister Gigaba will also make a major announcement pertaining to the department’s executive management.

The Minister Responsible for Women in the Presidency, Ms. Bathabile Dlamini, is will unveil the government’s programme for this year’s Women’s Month on Monday, 23 July at Hilton Hotel, Sandton, Johannesburg. In South Africa’s annual calendar of events, August is not only an important event that is observed to celebrate the strides that have been made to advance the cause of women empowerment,  but it also a month that is used to take stock of victories that have been notched in driving the agenda of women emancipation.

The Higher Education and Training, Deputy Minister Mr Buti Manamela will on Monday, 23 July, host an education summit in the Waterberg District Municipality at 09h00. The Deputy Minister, will on Friday, 27 July, also lead a career exposition at Ingwe TVET College in the Eastern Cape.

The Statistician-General of South Africa, Mr Risenga Maluleke, will release the 2018 Mid-year population estimates report. The report provides estimates on the population of South Africa and includes current indicators of fertility, mortality and migration among others. The media briefing will be held on Monday, 23 July at Tshedimosetso House, GCIS Head offices in Pretoria at 11h00. NB: There will be a video link to Imbizo Media Centre, Parliament, Cape Town.

The Minister of Trade and Industry, Dr Rob Davies will on Monday, 23 July, address the BRICS Business Council in Durban. The council will be hosting its sixth annual meeting. The key themes of discussion at the 2018 Meeting are Youth Entrepreneurship, 4th Industrial Revolution and Food Security.

His Excellency President Cyril Ramaphosa, will on Tuesday, 24 July, host the President of the People’s Republic of China, His Excellency Mr Xi Jinping, on a State Visit to South Africa. The State Visit takes place within the context of strengthening strategic and historic political, economic, social and international cooperation partnership between South Africa and China.

On Tuesday, 24 July, The Minister of Justice and Correctional Services, Adv. Michael Masutha, in partnership with the United Nations Commission on Crime Prevention & Criminal Justice will launch of the Nelson Mandela Rules for the Treatment of Prisoners at the Drakenstein Correctional Centre, formerly known as Victor Verster Prison.

From 25 to 27 July, His Excellency President Cyril Ramaphosa will chair the 10th BRICS Summit at the Sandton International Convention Centre, Johannesburg. President Cyril Ramaphosa will also host a BRICS Welcome Dinner on 25 July, at Monte Casino at 19h00. The summit will be held under theme: “BRICS in Africa: Collaboration for Inclusive Growth and Shared Prosperity in the 4th Industrial Revolution”

The Minister of Public Works, Mr Thulas Nxesi, in partnership with Free State Premier Sisi Ntombela, will on Friday, 27 July, host an International Nelson Mandela day in Welkom. The event forms part of the centenary celebrations of the former president Nelson Mandela.

All members of the media are advised that the media briefings/activities are subject to change. However, the GCIS will update the media through advisories. 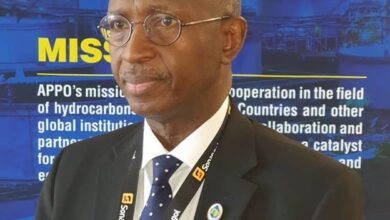 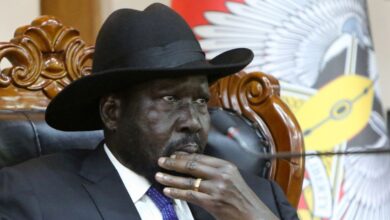