She brings more than 24 years of experience in Government and International Affairs, including as Deputy Chief of Mission at the United States Missions in Iraq

Ms. Williams was formerly Chargé d’Affaires, a.i. at the United States Embassy in Tripoli (Libya External Office). She brings more than 24 years of experience in Government and International Affairs, including as Deputy Chief of Mission at the U.S. Missions in Iraq (2016-2017), Jordan (2013-2015) and Bahrain (2010-2013), where she led the Embassy as Chargé d’Affaires for 10 months. She also served as a Senior Adviser on Syria and at the U.S. Embassies in the United Arab Emirates, Kuwait and Pakistan. In Washington, she served as the Jordan Desk Officer, the Deputy Director of Egypt and Levant Affairs, and the Director of the Maghreb Office. Prior to joining the U.S. Department of State, she worked in the private sector in Bahrain.

Married with two children, Ms. Williams graduated with honours from the University of Maryland in 1987 with a double degree in Economics and Government Relations. In 1989, she earned a Master’s Degree in Arab Studies from Georgetown University’s Center for Contemporary Arab Studies. She is a Distinguished Graduate of the National War College, where she earned a Master’s Degree in National Security Studies in 2008. She is a career Middle East specialist and an Arabic speaker.

State of Food and Nutrition Security and Vulnerability in Southern Africa, 2018 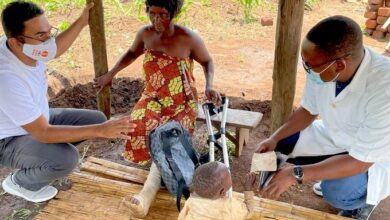