Commonwealth Election Observer Mission in its Press Conference statement has vehemently lambasted Zimbabwe Electoral Commission on its propensity of delaying on the voters roll and failing to listen to voices of the opposition MDC Alliance . .John Mahama former President of Ghana standing for the Commonwealth said Nelson Chamisa is pretty well right in his arguments and complains over the unfairness he sees through the eyes of ZEC which has sided itself with ZANU PF  .

‘’WE HAVE HEARD OPPOSITION ALLIANCE‘s complaints , grievances and arguments put forward . It is a fact that Opposition or the ruling party has the right to put forward complaints if anything goes out of order .

‘’Yes , Opposition is right . As Commonwealth, we will just send our report as it is .We are not here to give favour on one side , we just want free , fair , credible elections in the light of the day .

‘’The Secretary General of the Commonwealth , Patricia Scotland has the prerogative to say what she sees from Commonwealth structural levels . But , I want to assure you that if these elections are not out free , fair and credible , she will decide the other way round .

In an exclusive interview, asked why he was speaking  the way , he was doing ,John Mahama pointed out that  Commonwealth was invited by the Zimbabwe Government to observe the elections .He also elucidated on the issue of the way Zimbabwe came out of the Commonwealth .

‘’Zimbabwe left the Commonwealth in 2002 after Robert Mugabe was cornered over issues of Human Rights in the Country. By then, it was terrible in terms of human rights abuses and the past Government‘s negligent over LAW abiding issues.

‘’Since  the new dispensation , we have not heard of any human rights abuses , but Opposition in Zimbabwe headed by Nelson Chamisa is fuming day and night over the issues of unfair elections .

In his  conclusive remarks at the press conference , John Mahama clearly pointed out that Zimbabwe may not be reinstated as long as the elections are done in an unfair manner . Speaking on fair grounds of liberal voice and elongating tongue of fairness , Mahama put all the parties contesting elections at equal levels of transparent fairness , equality and credibility .

‘’Yes , I agree , the elections may be declared null and void because , it seems we are sailing to the edges as opposition in Zimbabwe .

‘’These elections are not free , fair and credible . We wait to hear , see and conclude on wave of events , but , I tell you , all is not well as it used to be .

‘’This is supposed to be time for all opposition voices to speak , but , all are quiet and hiding while Nelson Chamisa is alone in the cold , said the political activist .

The biggest issue the opposition MDC Alliance is complaining over is of the voters roll which has been hidden for some time. Election Support Room which has 40 organizations also unraveled malpractices which have been going on for some time in the country .The organization was established beginning of June and was subsequently launched on 27 June 2018 .

It was established to provide a co-ordinated mechanism for receiving and sharing election information as well as providing mechanisms for redness for reported violations. It provides information to citizens and electoral stakeholders to enable them to evaluate the fairness and credibility of 2018 elections.

An Election observer from one of the organization who asked not to be mentioned but coming from the Women Coalition of Zimbabwe said there is completeness of the voters roll according to an audit carried out but the problem is with its delay .

‘’The audit showed that the voters roll passed the tests of completeness, comprehensiveness and accuracy .

‘’However, there were a few problems with the voters roll that do not amount to disenfranchising citizens . Notwithstanding ,we are as Election Support Room concerned at delays in availing the voters roll to stakeholders and the fact that changes continue to be made ‘’

‘’Stakeholders are unsure of when all if the final version will be issued to them’’, she said .

The organization has unearthed misuse of administrative resources by Zanu PF . These are Government vehicles used by the ruling party in rural communities, travelling long distances to intimidate voters  with Traditional Leaders .Secondly , the issue of postal votes .

There are allegations that  some postal voting organized for police who will be on duty away from their regular stations on election day have been conducted under close supervision of commanding officers. Thirdly , the secrecy of the vote has not been upheld .

The organization is concerned with lack of transparency of ZEC through its failure to notify contesting parties , observers and the public regarding postal voters procedures . This has caused mistrust of the whole electoral process in the organization , ZEC as it is .Other issues relate to ballot secrecy , nomination process and fair , balanced  representation of women .

Crackdown on Corruption or a Publicity Stunt: The Arrest of former Energy Minister in Zimbabwe 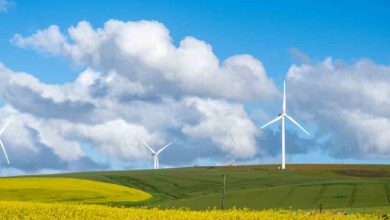 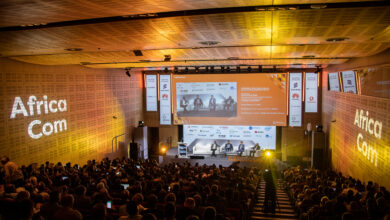