By Felix Onuah and Camillus Eboh* 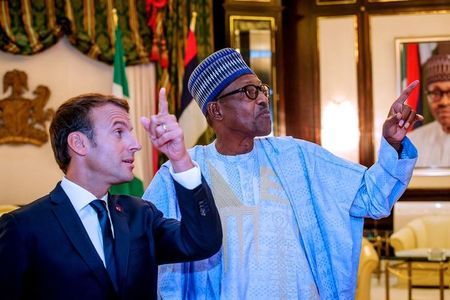 ABUJA (Reuters) – Nigeria’s ruling party has split after a faction declared that it no longer supports the government of President Muhammadu Buhari, threatening his hopes of a securing a second term in an election due early next year.

“The APC has run a rudderless, inept and incompetent government that has failed to deliver good governance to the Nigerian people,” R-APC national chairman Galadima said.

He said the faction, described as the authentic voice of the APC, has representatives in all Nigeria’s local government wards and states.

Rifts within the APC could split support for Buhari within powerful patronage networks and among voters ahead of an election expected to be held in February.

Buhari, a 75-year-old former military ruler, said in April that he would seek another term. His candidacy depends on party approval, though that is usually seen as a formality for the incumbent.

Nigeria’s political parties must select their candidates for the election between Aug. 18 and Oct. 7.

Nigeria is Africa’s top oil producer and richest economy. It plays a key role in the regional fight against Islamist militants.

Galadima, who was a prominent figure in Buhari’s former CPC party and a founding member of the APC, said the R-APC would “work with like-minded political parties and groups to offer Nigeria qualitative good governance in 2019”.

Fissures within the APC, a broad coalition formed to oust Buhari’s predecessor Goodluck Jonathan rather than pursue a political ideology, have come to the fore in recent months.

Atiku Abubakar, a former Nigerian vice president, has been the most high profile figure to leave the party. Abubakar told Reuters in May that he hopes to be the main opposition party’s presidential candidate.

The split comes just over a week after the APC held its convention during which party executives were appointed, including a new national chairman, Adams Oshiomhole.

“For us, everybody is important, everybody matters. We want to run an inclusive party,” said Oshiomhole in an emailed statement on Thursday.

Antony Goldman, of Nigeria-focused PM Consulting, said Buhari had been able to defeat Jonathan in the 2015 election by drawing on sentiment among the former president’s opponents.

“There are various groups trying to do the same now, but they have yet to produce a candidate around whom that sentiment can coalesce and present a genuine challenge,” he said.