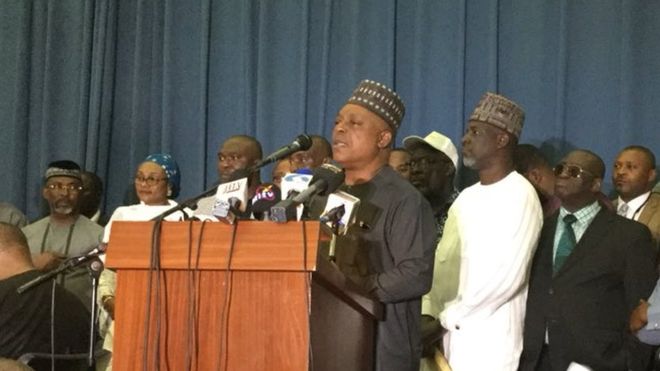 According to PAV monitored broadcast programme in Nigeria, the announcement followed the signing of a Memorandum of Understanding (MoU) by the leaders of the merging parties. This according to reports was aimed at ousting and winning the All Progressives Congress, APC, in the forth coming election.

“The parties agreed to ensure the emergence of a joint presidential candidate,” said the memorandum,  read  by Tom Ikimi of the PDP.

“The leadership of the parties are hereby committed to work together in a Coalition of United Political Party (CUPP),” the statement read.