Windhoek – Namibia has achieved tremendous success in its ongoing war to against the scourge of HIV/AIDS, thanks to preventions and treatment programmes that the southern African country has been implementing over the years and support from international partners.

The most remarkable progress is that the country, which about 10% of the population is living with HIV, is close to reaching the Joint United Nations Programme on HIV/AIDS (UNAIDS) 90:90:90 targets.

Namibia is currently at 86:96:91, which means the country has already reached two of the three 90:90:90 target and very close to reaching the third.

This is according to the results of the Namibia Population-Based HIV Impact Assessment (NAMPHIA) that was announced at the 2018 International AIDS Conference held in Amsterdam, Netherlands from 23-27 July 2017.

The 90:90:90 is a global treatment target by the UNAIDS that seek to ensure that 90% of people living with HIV know their status, that 90% of them receive sustained ARTs and that 90% have a suppressed viral load.

The International Centre for AIDS Care and Treatment Programme (ICAP) at Columbia University has noted that the results of NAMPHIA demonstrate that the HIV epidemic is coming under control.

Results from the impact assessment shows that 77 percent of all HIV-positive adults in Namibia have achieved viral load suppression, a widely used measure of effective HIV treatment in a population, surpassing the UNAIDS target of 73 percent by 2020.

Compared with the UNAIDS 2012 estimates, Namibia has reduced its adult HIV incidence rate by 50 percent in the past five years, ICAP observed in in statement. ‎

“Namibia accomplished this through the strategic expansion of HIV prevention and treatment services, with a focus on viral load suppression at the individual and community level, and the swift implementation of forward-leading HIV policies,” ICAP said in a statement issued on Wednesday.

NAMPHIA was a household survey conducted between June to December 2017 in all 14 region of the country during which participants were provided with counseling and field laboratory testing for HIV.

Those that tested HIV-positive were linked to care and treatment. This was the first time Namibia conducted a nationwide HIV survey that including all Namibians from 0 to 64 years of age. Over 24 000 people took part in the survey, according to information by the Minister of Health and Social Services.

The survey was jointly conducted the Minister of Health and Social Services, Namibia Statistics Agency and state laboratory, the Namibia Institute of Pathology.

Health Minister Dr Bernard Haufiku said the NAMPHIA findings have affirmed “the achievement we see at our clinics and health facilities, showing that Namibia is making strides in controlling the HIV epidemic,” Haufiku told the media.

Namibia provides free HIV/AIDS treatment, counseling and testing at all public health centers across the country. Apart from the government effort, Namibia owes big gratitude to international partners, including the Government of the United States of America.

The United States Agency for International Development (USAID) and the he U.S. President’s Emergency Plan for AIDS Relief (PEPFAR) continues to support effort by the Namibian Government to curb the further spread of HIV/AIDS epidemic.

In June 2018, USAID set aside N$32 million to expand community-based HIV treatment that is expected to benefit about 17,300 Namibians living with HIV.

The five-year partnership with funding provided by PEPFAR will support Community-Based ART Refill Groups in high-burden areas of north-central Namibia.

The funding is further expected to decrease the workload of health workers and overcrowding at health facilities by reducing the number of visits by Antiretroviral Treatment (ART) patients.

As a result, HIV patients will no more travel long distances to collect their medications at public health centers.

“For the past 14 years, PEPFAR has partnered with the Ministry of Health to fight HIV/AIDS, and we remain committed to helping Namibia maintain the progress achieved. PEPFAR attention now includes focusing on identifying and helping those people not yet reached, such as men who have not been tested, as well as young women, who disproportionately bear the burden of new HIV infections,” said US Ambassador to Namibia Lisa Johnson

Robert Redfield, the Director of U.S. Centres for Disease Control (CDC) and Prevention is also impressed by NAMPHIA results and has promised continuous support for Namibia.

“The results of this survey demonstrate the importance of providing innovative, data-driven prevention, care and treatment to those affected by HIV,” Redfield said in a statement released by ICAP. “CDC continues to support Namibia’s efforts to control its HIV epidemic – and we remain committed to global efforts to change the course of the HIV pandemic and help save lives.”

PHIA is a five-year, multi-country initiative of the U.S. government funded through PEPFAR’s Strategy for Accelerating HIV/AIDS Epidemic Control (2017-2020), conducted by CDC and implemented in partnership with ICAP. The project is implemented in about 13 countries, primarily in Sub-Sahara Africa.

“Other countries surveyed show varying levels of progress toward reaching the viral suppression target of 73 percent, highlighting key areas for improvement, particularly the need to increase the coverage of HIV testing among adult men, adolescent girls, and young women,” according to ICAP. 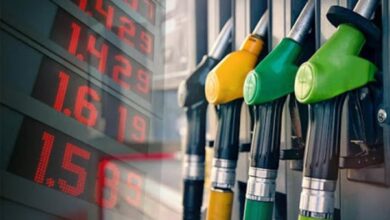