PRETORIA, South Africa, July 17, 2018,-/African Media Agency/- The Minister of Trade and Industry, Dr Rob Davies has reiterated that South Africa’s steel and aluminium does not pose any threat to the US national security. Minister Davies said this during bilateral meetings in Washington DC with the United States Trade Representative Ambassador Robert Lighthizer and the Secretary of Commerce Wilbur Ross, as well as Senators Chris Coons and Johnny Isakson.

In addition, Minister Davies said that South Africa’s exports of aluminium were about 1.6% of total US aluminium imports. South Africa supplies specialised aluminium sheet, coil and plate for automotive, battery, and aerospace industries in the United States. In light this, Minister Davies indicated that “it is clear that SA does not pose a threat to US national security and the steel and aluminium industries but it is a source of strategic primary and secondary steel used in further value-added manufacturing in the US.”

Earlier, the US decided to impose Section 232 duties on imports of steel and aluminium including South Africa on the basis of national security objectives.

Minister Davies also expressed his concern on the on-going Section 232 investigation on automobiles and auto components. In this regard, Minister Davies indicated that SA accounted for 0.4% of total US imports of automotive products. In addition, according to Davies, one of the SA auto manufacturers would no longer be exporting automobiles to the US, which will significantly reduce SA exports to the United States.

Minister Davies indicated that if Section 232 duties were to be imposed on auto exports from SA, AGOA benefits for South Africa will be significantly eroded taking into account that Section 232 tariffs effectively suspends AGOA preferences.

“The development integration agenda that the African Continent pursues provides huge opportunities for cooperation between the US and the Continent. The African Continent’s key objective is to change the structure of our economies and there is a potential for practical cooperation between South Africa and the US in promoting business-business commercial trade and investment relations,” said Minister Davies.

Minister Davies and the Minister of Small Business Development, Minister Lindiwe Zulu were in Washington DC, in the United States to participate in the 17th Africa Growth and Opportunity Act (AGOA) Forum. The Forum brought together Trade Ministers from AGOA-eligible countries, US Government, private sector and civil society to discuss the implementation of AGOA under the theme “Forging New Strategies for U.S.-Africa Trade and Investment Forum”. In the Forum, African Ministers highlighted that African countries were not in a position to enter into FTA negotiations with the US, pending finalisation of the African Continent Free Trade Agreement in line with the AU Heads of States and Government Summit Decision in Mauritania.

The Ministers encouraged the US to engage with Africa as a bloc through the AU in the development of the architecture for the post-2025 trade and investment relationship rather than with individual countries. This follows the announcement by the United States Trade Representative, Ambassador Lighthizer that the US plans to negotiate an FTA with an African country that would serve as a model to other countries in the continent.

This cooperation will provide opportunities for local SMMEs to participate in regional and global value-chains and build their capacities to compete globally.”

According to Minister Zulu, compared to large enterprises, SMMEs have a lower share of the global market, but are increasingly adapting to the growing technological revolution and benefiting from the growing online market. Minister Zulu’s participation aims to promote cooperation towards promoting inclusive e-commerce that promotes the structural transformation of African countries and to tap into the 4th Industrial Revolution.

Whilst in the US, Minister Davies also had engagements with existing and potential investors in a Business Breakfast organised by the US-Africa Business Centre at the US Chamber of Commerce. In addition, Minister Davies had discussions at a US think tank, Atlantic Council, under the theme “Investing in South Africa’s Future: Conversation with Minister Rob Davies.” 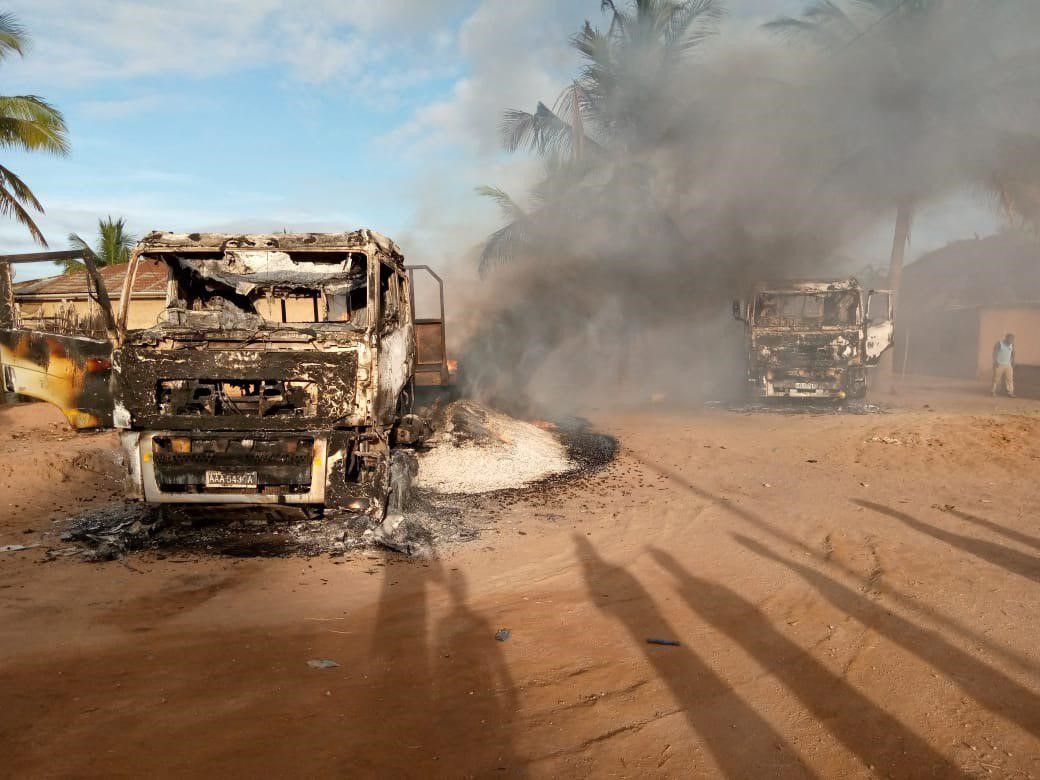 Extremist attacks continue in northern Mozambique – and getting worse

A Step in the Right Direction: Equatorial Guinea’s Minister of Mines and Hydrocarbons Issues a Mandate for Oil and Gas Worker Vaccinations.