LONDON, United Kingdom, July 6, 2018,-/African Media Agency (AMA)/- Thank you very much Mr President and good to see you in New York again. Thank you to Russia for the opportunity to discuss holistically the situation in the Middle East and North Africa.

Mr President, I think we all agree that many of the conflicts in this region share root causes and complex linkages. And we agree that an approach to resolving these conflicts that needs to consider each conflict in isolation will not succeed. They need to be looked at in the round. I think we’re also aware that there are some existentialist struggles between some of the Member States in the region, but not all are aggressive towards their neighbors or commit unfriendly acts towards their neighbours. The MENA region, people have been saying, should perhaps have its own Helsinki Final Act moment. And I don’t want to be prescriptive, but I think something that brings the region together would be very worthwhile considering and we would be happy to join any consideration of that issue.

Overall, our understanding of any conflict should be shaped by an analysis that looks at the full breadth of root causes, the role of regional and international actors and the individual history and circumstances of the country. And in return the response of the Security Council and the whole of the UN to these conflicts needs to be holistic.

Before I turn to the Russian concept note, Mr President, and our own views, I just wanted to start by endorsing fully what the French Ambassador said about Iran. We will have another opportunity to talk about Iran later this week, so I will expand my remarks then. But I just wanted to pledge the UK’s support to what he said.

Mr President, there were many points in the Russian concept note with which we agreed. We agree with you on the devastating humanitarian consequences of the various conflicts in the MENA region. And OCHA’s own figures are truly staggering: 22 million in need of assistance in Yemen, 13 million in Syria, 1.9 million in the Occupied Palestinian Territories, and a million in Libya. The humanitarian relief efforts of all Member States, international actors and indeed ordinary citizens, have indeed helped to avert some suffering. But it isn’t enough. And 66 percent of humanitarian appeals, in OCHA’s own figures, have yet to be fulfilled.

We have written recently as the United Kingdom to the Secretary-General to set out our own humanitarian contribution to the crises in the Middle East. We continue to see examples of states restricting access to humanitarian agencies and we see attacks by armed groups on humanitarian workers. What justification, Mr President, can there be for these attacks? We agree with you that humanitarian assistance should not be politicised, but as long as these attacks continue, it will be.

Conflict has particularly affected religious and ethnic minorities. Yazidi in Syria and Iraq. The Baha’i in Iran in Yemen. Terrorist actors and state institutions in the region have been responsible for some of the worst persecutions in history. So we hope, like you, that the Security Council can unite behind efforts to resolve conflicts peacefully. We should do everything we can as a Security Council to support efforts made by the Secretary-General and his Special Representatives to bring peace to the region; make serious progress in Syria, Yemen and Libya; to use our collective and bilateral efforts to put pressure on those that oppose or undermine these efforts; and ensure that peacekeeping missions are fit for purpose.

On the Middle East peace process, Mr President, that a number of speakers have mentioned, we reiterate to our support for the two-state solution, and we look forward to the American proposals which we hope will be able to be issued soon.

There are some areas, Mr President, where we do not share your views as set out in the concept note. And wanted to begin this section by saying that I’ve just come from the R2P Debate in the General Assembly, and it strikes me, Mr President, this goes to the heart of many of our disagreements about how to handle these conflicts. Your concept note calls for a commitment to the supremacy of international law and the need for a collective approach to the problems of the region. We can endorse that fully. But where there are cases when populations are injured or persecuted because of the actions of their own governments, that is not only against international human rights law and the Universal Declaration on Human Rights, which every country in this room has pledged to uphold. It is actually risking a precursor to a wider conflict. And if the Security Council and the international community do not take an interest at that early stage, there is a much greater likelihood that the situation gets out of control and a much greater likelihood that there will eventually be conflict, including conflict across borders. Whether or not that is armed incursions, or whether it is sending refugees across borders, and hence, Mr President, ultimately a much greater likelihood, not just that the Security Council will ask to take action, but that it will need to take action in order to address the root causes. So I invite all those countries who do not like the Security Council looking at situations of human rights persecutions in individual countries. I just invite them to see that logical train of where ignoring such events is likely to lead. And if I may, I’d like to quote from the preamble of the Universal Declaration of Human Rights that celebrates its 70th year anniversary this year, which says, “It is essential if man is not to be compelled to have recourse as a last resort to rebellion against tyranny and oppression that human rights should be protected by the rule of law.” That’s the reason why we in the United Kingdom believe that human rights is properly relevant to Security Council discussion of any particular international peace and security situation.

You say, Mr President, that unilateral action is doomed to failure. For the United Kingdom’s part, like all of the speakers so far, we would like to see the Security Council take collective action. But it is blocked, and where it is not blocked, it is subsequently disregarded. International action cannot solely be a matter for the lowest common denominator. We can look at Syria – and a number of speakers have referred to Syria. We are all aware of the circumstances. The Security Council has been blocked from holding to account those responsible for violating international law. A resolution to refer the situation in Syria to the International Criminal Court was vetoed in 2014. This year a resolution was vetoed that would have allowed the Joint Investigative Mechanism to continue its vital work. The use of chemical weapons, whether by terrorists or state actors, needs to be investigated. Those responsible need to be held to account and the much greater danger we would assert, Mr President, is in letting it be thought that chemical weapons can ever be used as a weapon of war and the international prohibition on their use disregarded.

There have been reports over the weekend, furthermore, of air and artillery attacks against the de-escalation area in southwest Syria. These are deeply concerning and the reports appear to point to this Syrian government. A military offensive by the Syrian government would be a flagrant violation of the ceasefire and the de-escalation agreement that Russia has been involved in. We urge everybody with influence on this situation to help uphold the commitments and urge restraint.

Mr President, sanctions are a vital part of the Security Council’s arsenal. As Article 41 of the Charter makes clear, they give very real effect to our decisions and they turn our words in this chamber into tangible consequences for those who threaten international peace and security. Sanctions are not our first resort and they are not a measure that we ever take lightly, but we know that they work. They have helped bring peace and security to countries like Liberia and Sierra Leone. They helped bring Iran and DPRK to the negotiating table. And they continue to play a vital role in the fight against Da’esh and Al Qaeda in Iraq, Syria and beyond.

Mr President, we believe that there are some further issues that would merit discussion by this Council not covered in your note that could underpin future discussions by the Council on this important subject.

We agree with the Secretary-General that political participation in the region remains weak and we agree we need to strengthen democratic institutions. And I’d like to echo his tribute to Tunisia and also endorse his words on the problems caused by retarding economic opportunity. A genuine holistic approach to conflict in the region cannot ignore the issue of good governance.

Good governance from strong, stable state institutions is the best way to maintain peace and security. Bad governance can be devastating and we have seen that in a number of countries in the region. When governments violate their citizens human rights, I was saying earlier, we know that the risk of conflict and suffering increases. It is the Council’s responsibility to consider and be informed on all these issues due to their impact on international peace and security. As an international community we must support institutions that uphold the values the United Nations was set up to protect and which worked for the benefit of all citizens.

Lastly, Mr President, I would like to say a word about post-conflict reconstruction. Failure to stabilise and reconcile communities after a long conflict will fail to restore peace and security in the long term. It is not a trade-off between peace and justice. The task of the Council is to help the UN and countries themselves find the right way to have both peace and justice. And I think we all know that the role of women can be vital in that endeavour.

International actors, including this Council, play a vital role in ensuring limited resources can be distributed effectively in supportive institutions that address the root causes of previous conflicts.

Thank you very much Mr. President. 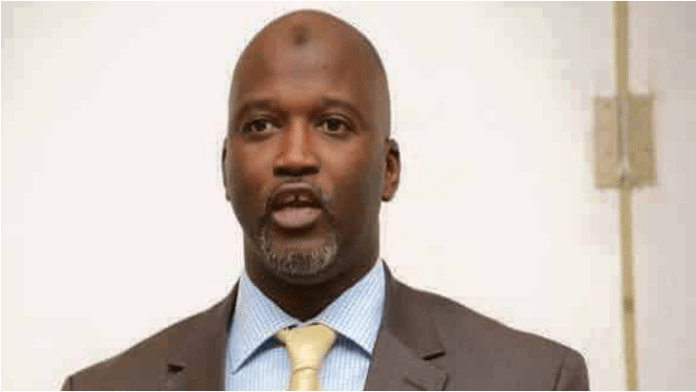 Gambia Human Rights Records to be Review before UN’s UPR