The Nelson Mandela Rules added important safeguards, including an absolute prohibition on torture and ill-treatment a

VIENNA, Austria, July 17, 2018,-/African Media Agency (AMA)/- Nelson Mandela International Day 2018 marks 100 years since the birth of a true hero who left the world a better and more just place than he found it.

The legacy of Nelson Mandela is vast, his life of service encompassing contributions to peace and reconciliation, promotion and protection of human rights, the fight against poverty and the advancement of social justice. This centenary is an occasion to honour the legacy of the late President of South Africa, and reflect on how we can carry on his commitment.

Nelson Mandela spent 27 years in prison in the course of his struggle for justice. He knew better than anyone that “no one truly knows a nation until one has been inside its jails. A nation should not be judged by how it treats its highest citizens but its lowest ones.”

That is why in December 2015, when the General Assembly adopted the revised United Nations Standard Minimum Rules for the Treatment of Prisoners, Member States decided that they should be known as the “Nelson Mandela Rules”.

The Nelson Mandela Rules added important safeguards, including an absolute prohibition on torture and ill-treatment and clear restrictions on the use of solitary confinement, instruments of restraint and intrusive searches, as well as detailed guidance on prisoners’ rights to equivalent health-care services.

On Nelson Mandela International Day, I reaffirm the determination of the United Nations Office on Drugs and Crime (UNODC) to assist all countries in translating these rules into action, to promote humane conditions of imprisonment and ensure no part of society is forgotten. 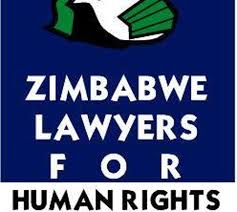 What Should Africa’s Development Priorities Focus On?