Despite lifestyle audit which looms over horizon and queries concerning his sources of funds, defiant deputy president William Ruto has persisted on his enormous donations to churches saying he is investing in Heaven.

Yesterday the deputy president donated sh.2.5 million ($250000) to African Independent Pentecostal Church of Africa (AIPCA) at Kayole, Nairobi. He castigated his critics who question his huge and frequent donations saying he will not be cowed.

“They say I have been purchasing seats for churches. And because we do not ask them why they take their money to witchdoctors at night, they should leave us alone to give our money to church for the work of God,” Ruto said.

A month ago Ruto told those opposing his moves he is not bothered by scrutiny questioning also their expenditures in funerals. He said, “Some people invest in funerals, let them continue. Isn’t that democracy? Let’s go on.”

Ruto who considers himself as hustler is associated with prestigious hotels in Nairobi and Coast. He is alleged owner of tens of parcels of land countrywide, Africa Merchant Assurance Company, Amaco, Easton apartments in Eastlands (Nairobi), flats in Ongata Rongai (Nakuru County) and some houses in Eldoret (his backyard).

His salary being sh.1.2 million ($120000) per month, a section of leaders have questioned his sources of funds. Orange Democratic Movement (ODM) party leader Raila Odinga Challenged him to come clean on where he gets money. Odinga urged the former Eldoret North legislator to take lifestyle audit noting that he lives beyond his means. The opposition leader also attributed Ruto’s countrywide tours to early campaigns asking him to focus on development agenda. ODM Secretary General Edwin Sifuna has also been one of the deputy president’s fierce critics.

“How can somebody who is responsible for a country that is failing be doing so well in his private business? How comes that this business acumen cannot be translated into the country so that we all prosper? And when you ask, you are told he is a businessman,” Mr. Edwin Sifuna reiterated.

In rejoinder, Ruto said he can account for any money he has and every step he has made both as an individual and a politician. He accused Raila Odinga of using false narrative to propagate that he is corrupt. He vowed that no one will change who is his, who he was and where he comes from.

“I want to tell Raila that I am not what he wants people to believe I am. I work very hard and if I was corrupt I would be in Jail by now,” he said.

The deputy president has committed himself to lifestyle audit to assess how he obtained his wealth following the President’s directives. 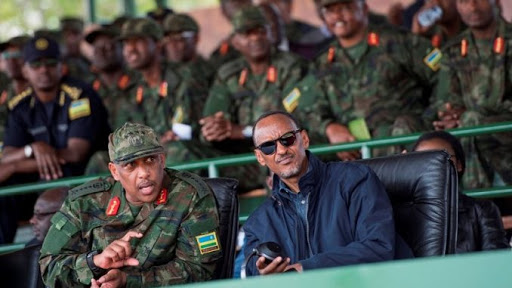