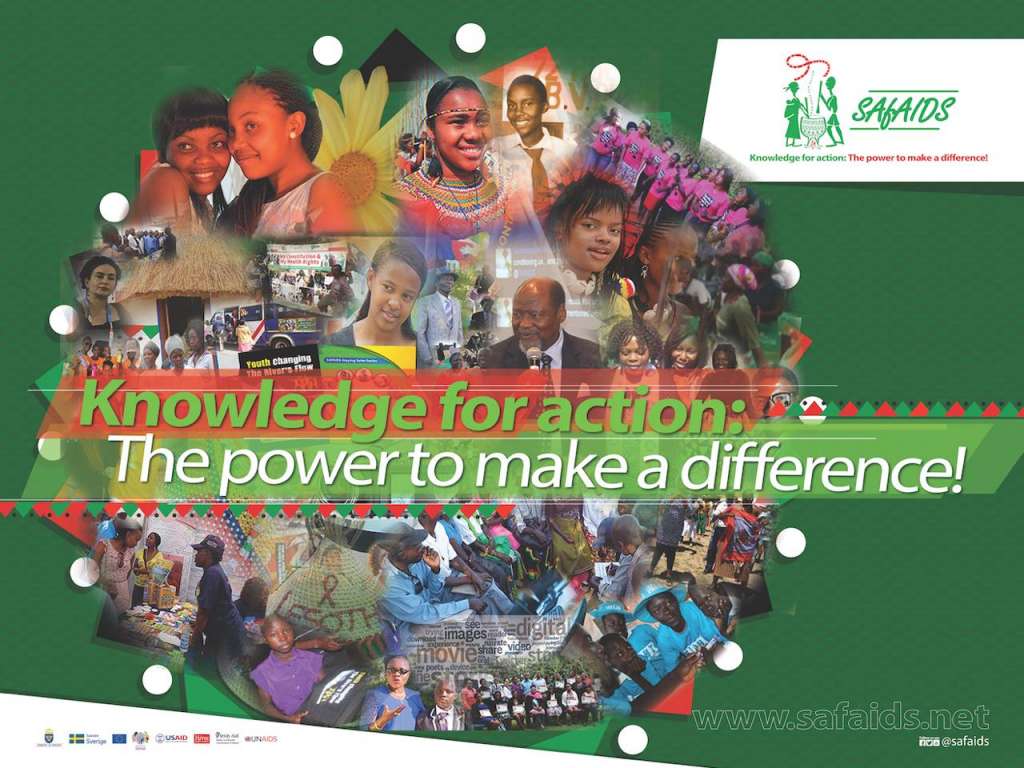 Tradition and culture play a long term negative impact in African communities. To talk of in this World, takes more of our resources, time and opportunities. Over time this has slipped out of many promising young people .Some have completely lost hope. They have resorted to modern Christian life-styles.

Although, young people might still be disadvantaged by several social , economic and political factors related to culture and tradition, SAFAIDS, an HIV and AIDS REGIONAL ORGANISATION has taken a stance towards African ethnical values  . These over the past decades have undermined minds of young people.

Patriarchy on the lives of young women has begun to decrease. African communities in particular have grown more modern to extents that women and girls have become aware of their Rights .They are  guided by protocols from the International  level , Regional to National level and into their communities .

Such International Instruments together with the decade for women and the 1995 Beijing Declaration for ACTION in China raised women platform never at all to be forgotten in this era of HIV and AIDS. The only push is to create an HIV FREE GENERATION as we move towards achieving Development Goals.

SAFAIDS, [SOUTHERN AFRICA AIDS INFORMATION DISSEMINATION SERVICES] has the VISION to make people realize their Sexual and Reproductive Health Rights for a free HIV, TB World. Mostly, the focus SAFAIDS has put over the past two decades focus closely on TUBERCULOSIS, of which 60% of TB patients may have HIV which progresses to AIDS over time as the CD4 count goes down viral-load rises up .

The organization has KEY CORE AREAS of focus which are HIV PREVENTION including Prevention of Parent to Child Transmission [PMTCT] , GENDER , HIV and CULTURE , SEXUAL and Reproductive health and ADVOCACY , POLICY and RESEARCH .More should also focus on Culture and Tradition in Africa .

There is need for SAFAIDS to focus on Key Target Audience. These are Policy Makers and LEADERSHIP, Women and Girls, Young People and Key Populations, that is Commercial Sex Workers and men having sex with men and injecting drug users.

SAFAIDS‘s  Regional conferences draw its participants from Zimbabwe , South Africa , Swaziland and Zambia .The purpose of these conferences is meant to promote learning and sharing on engaging men and boys to achieve the 2030 Agenda .As an objective ,SAFAIDS shares progress and success , impact and lessons learnt , in scaling up involvement of men and boys in HIV and Gender-based violence [GBV] PREVENTION , CARE , TREATMENT and improved Sexual and Reproductive Health services to  the young .

SAFAIDS DIRECTOR, speaking on the sidelines of the conferences they have done in the Region said the shared main objective is to focus on the Youth Changing Rivers Flow.

‘’ The Rivers Flow focuses on Young People, Gender and HIV and AIDS. On ending HIV and AIDS, there is need to focus on PATRIARCHY. This is the cultural and traditional norm which favors male domination on the expense of women and Girls. This is caused by Culture and Tradition in African customs and belief’’.

Over the past century in time memorial, women have been on the nasty receiving end .These were in terms of unequal flow of community Development values like Women Empowerment, Community Share ownership of resources in equality and equity, lack of Social Justice and Democracy .

Other issues relate to women involvement, engagement and participation in community programs and projects ’.Women marginalization has reduced the forceful power of them to stand for their rights, speak out and fight Matriarchy in communities. In her words she took again to the stage.

‘’The expense is on women and girls who according to our culture and tradition were severely undermined in terms of their Rights. Young people are our target group . These are on the receiving end. Most young girls have been vehemently exposed to HIV and AIDS because of male sexual activities which expose women and young girls to Opportunistic Infections closely related to HIV and AIDS’’.

‘’We need to scale up the Changing Rivers Flow SAFAIDS   Program for young people which links men and boys at Regional level. It is all about a symposium to foster action on Gender Norms Transformation at Regional level.

‘’As a Nurse, I am mainly concerned with Reproductive Tract Infections like VESCO – Vaginal fistula. It is the tear between the vagina and anus. This has negative consequences of feces coming out through the wrong side because these young women give birth at an early age resulting in medical complications.’’

The Director also talked of other related diseases like Eclampsia which is Blood Pressure during pregnancy .During this time; lot of convulsions are threat to the mother and the baby.  Cephalic –Pelvic Disproportion,  occurs when a baby’s head or body is too large to fit through the mother’s pelvis .It is rare, but when it occurs CPD diagnosis is carried out.

To affirmative inquiry and confirmation to this writing , the Research Journalist spiked the Director information related to the ‘’disturbing age of consent  .The age of consent is the age at which a girl is allowed to say yes to sex with a man . Alas , however , most of these will be still in school . It becomes a problem when she becomes pregnant.  Intervening with spoonful clarity she expounded in light Nathan tones,

‘’Sex doesn’t mean marriage. The two are quite different. That is the reason why we scale up Sexual and Reproductive Health programs at national level. We work to expect positive outcomes like enhanced understanding of engaging men in Gender , HIV and AIDS issues .Anywhere we need a look at the age of consent , but wait and observe how the new Law will work like .’’ she concluded.

‘’We work with young people collaborating with them on Gender , giving technical support and coming up with methodology on working with communities . In schools, we work with teachers and these young people who get trained, knowledge imparted and given information on such issues of community concern.

Our focus is on awareness, gender and power dynamics. We have to strike a balance, make men and women float together at the same level, but however, there is need to address traditional and cultural norms at Regional level. Apart from, we address challenges related to sex and sexuality and also how churches play a role in building up on what we do as an organization in South Africa and the Region.

‘’I am frustrated that Religion is failing to address Gender issues affecting us in the Region. The fact on ground is, churches are not addressing issues related to Gender. They do not talk about it, and if they talk, they are limited by other traditional and cultural issues.  Focus to this will open up on the future of HIV and AIDS in the SADC REGION.’’

‘’The fact on ground is, Traditional Leaders need to pay attention to these thorny issues at ground level  .They must come together with HIV, Gender organizations and churches to address such issues.

Qualitative Research has concluded that, when Leaders in general talk about issues affecting communities, it spreads fast with respect and tolerance. A good example is on the issue of stigma and discrimination siting an example of what three African Leaders did.