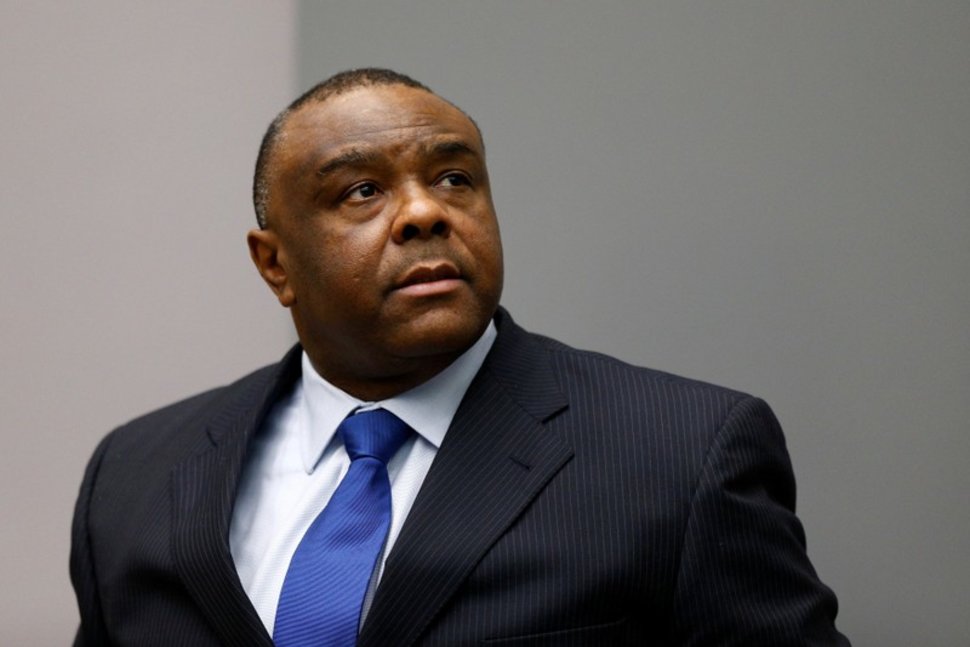 FILE PHOTO: Jean-Pierre Bemba Gombo of the Democratic Republic of the Congo sits in the courtroom of the International Criminal Court (ICC) in The Hague, June 21, 2016. REUTERS/Michael Kooren/File PhotoREUTERS

KINSHASA (Reuters) – Congolese politician Jean-Pierre Bemba, weeks after his conviction for war crimes was quashed at The Hague, was nominated by his party on Friday for December’s presidential vote, in what could be the stiffest challenge to President Joseph Kabila’s ruling coalition.

The election is due to choose a successor to Kabila, who is term-limited after having governed since 2001, and could herald Democratic Republic of Congo’s first democratic transition after decades marked by repeated coups and prolonged civil war.

But Kabila has refused to commit to standing down, sparking protests in which dozens of people have died. Some of his allies are now publicly arguing that he has the right to run again.

After he was announced as the Movement for the Liberation of Congo’s (MLC) presidential candidate at a party congress in Congo’s capital, Kinshasa, Bemba briefly addressed his supporters over the phone.

He is currently free in Belgium awaiting sentencing by the International Criminal Court (ICC) in The Hague on a witness tampering conviction.

“I thank all the participants. Thank you for your confidence,” he said to cries of joy and dancing by MLC members. “I will return soon.”

Bemba’s candidacy would represent serious competition to either Kabila or his hand-picked successor. Bemba served as vice president to Kabila during a 2003-06 transitional government and is popular in western Congo, including Kinshasa.

He finished runner-up to Kabila in a 2006 election that touched off street battles in Kinshasa between militiamen loyal to him and state forces.

The ICC quashed his convictions in May related to murder, rape and pillage by fighters he sent to Central African Republic to back CAR’s then-president Ange-Felix Patasse.

Bemba was one of only four people convicted by the permanent war crimes court in its 16 years of operation, and the highest ranking among them.