Allegations of rights abuses have swirled for decades around the 85-year-old ruler, but his nickname — “The Sphinx” — is well-deserved for a smooth, discreet profile that contrasts sharply with that of many of his flamboyant peers in Africa.

Biya, in power since 1982, told his “dear compatriots” on Twitter on Friday that he had decided to “respond positively to your overwhelming calls” to stand in the October 7 elections, bidding for a seventh consecutive term.

“I will be your candidate,” he said, adding that he was “aware of the challenges that we must face together for a Cameroon that is even more united, stable and prosperous”.

Those words appeared to be a veiled acknowledgement of the troubles besetting Cameroon.

The oil-rich state is facing an armed insurgency in two English-speaking regions in the west and cross-border incursions by Boko Haram jihadists in the far north.

Cameroon has faced divisions since independence in 1960, and Biya’s party, the Cameroonian People’s Democratic Movement (RDPC), sees itself as a unifying force.

With a powerful executive branch and amid widespread poverty, the regime fends off charges of crooked elections and endemic corruption from Transparency International and human rights bodies.

“For 30 years, we have been hoping for a better Biya and a better Cameroon, but for 30 years now, the country has been sinking,” according to the Joshua Osih, the presidential candidate of the opposition Social Democratic Front (SDF).

“He has put in place a strange operation where his position at the heart of the system is enough to sustain the system itself,” researcher Stephane Akoa once remarked.

Biya is “master in the art of maintaining the status quo”, French journalist Fanny Pigeaud said in her book “The Cameroon of Paul Biya”. “He never seems to have had any intention of giving up.”

Born on February 13, 1933 in a village 220 kilometres (140 miles) south of the capital Yaounde, Biya studied law in France before landing a government job on his return home in 1962.

He was named prime minister in 1975, and took over from Cameroon’s founding president Amadou Ahidjo, who was ailing, in November 1982. The details surrounding this episode remain murky.

Biya was first elected in 1984. He allowed a multi-party system in the early 1990s, accepting political opposition from the west.

The national assembly in 2008 sparked riots that claimed at least 139 people lives when deputies scrapped the limit on presidential terms.

The late protest singer Lapiro de Mbanga earned three years in jail for a song “Constipated Constitution”, which became an anthem for demonstrators.

In the last election in 2011, Biya took about 78 percent of votes according to Cameroon’s Supreme Court.

Film director Richard Fouofie Djimili told AFP in April 2013 that he was kidnapped, interrogated for 11 days and tortured for a political fiction seen as lampooning Biya’s longevity.

Asked in January 2013 about alleged abuses, Biya told Paris media: “We don’t have a human rights problem … Cameroonians are among the freest Africans.”

Corruption fight: Be angry, don’t sit on the fence – Ofori-Kwafo

US to conduct counter-Boko Haram ops in Nigeria 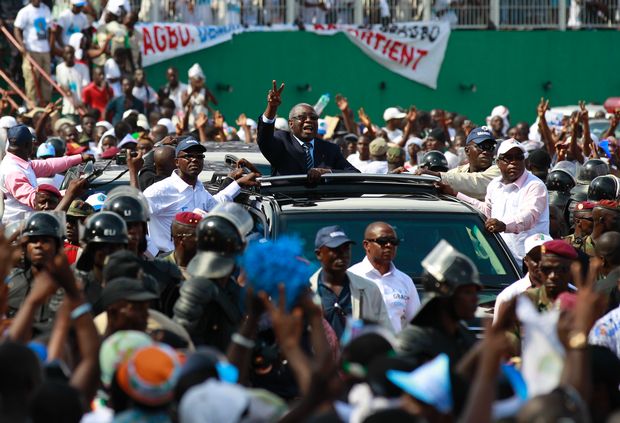