Elections in October may make dialogue even more difficult

In the lead up to the polls in October 2018, a political crisis is deepening in Cameroon. At 85, Paul Biya, president since 1982, plans to run for a seventh term. Having abolished presidential term limits in 2008, he is sure to be re-elected in the face of an opposition that is both  weak and fractured

For many Cameroonians, their fears transcend the looming electoral crisis.  After decades of marginalization of its Anglophone communities, Cameroon risks civil war, with the country deeply and sharply polarized along linguistic and cultural fault lines – Francophone and Anglophone.

In October 2016, protests erupted in the Anglophone regions, motivated by concerns over marginalization, political exclusion and the state’s preference for French over English. As a report of the Human Rights Watch revealed, the government’s reaction was brutal, and hundreds of protesters were arrested and charged with terrorism. Security forces continue to indiscriminately arrest, kill and torture innocent civilians.

Protests that started with a demand for reforms have morphed into an armed conflict, with self-described ‘Ambazonia’ of the Anglophone regions, making outright calls for secession. Biya has labeled the protesters as extremists and terrorists and refused to entertain dialogue. Hundreds have died, with over 200,000 displaced within Cameroon, and at least 40,000 have fled to neighboring Nigeria.

While the Boko Haram terror group is most associated with Nigeria, since 2013, at least 2,500 Cameroonians have died from the insurgency. There have been some  30 Boko Haram attacks in Cameroon this year.

Cameroon has benefited from US military support in the fight against Boko Haram and recorded some successes against the group. However, military aid alone cannot contain the threat posed by Boko Haram, whose expansion has both socioeconomic and political consequences.  Also,  military support may also have led to undesirable results: in 2017, Cameroonian troops trained by the United States have been accused of torturing innocent citizens. Recent evidence of extrajudicial executions by security forces is revealing.

The protracted conflict in the Central African Republic (CAR) also affects the eastern region of the country. Currently, Cameroon hosts 250,000 refugees from the CAR and is struggling to support these refugees adequately. An increase in refugee numbers could further threaten Cameroon’s stability.

The Imperative for dialogue

Despite calls by the African Union, United Nations, Commonwealth, European Union and the United States, urging dialogue as the way out of the crisis, the prospects for peace are still not bright. Elections in such a context could further entrench hardline positions. As Hilary Matfess argues, ‘if any perception of illegitimacy in the electoral process deepens, the current level of violence could take an even deadlier turn.’ But even if elections pass off without significant violence or dispute, Cameroon’s problems will be far from over. The expectation is that President Biya should take concrete steps towards initiating dialogue. The international community should engage him on this.

*Jude Mutah works for the Africa Program at the United States Institute of Peace in Washington DC. He is a doctorate student at the School of Public and International Affairs, University of Baltimore, Maryland, USA. 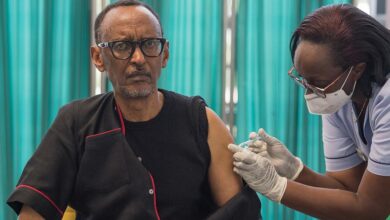