Windhoek – The New Development Bank (NDB), established by the emerging economies of Brazil, Russia, India, China and South Africa (BRICS) will serve as an alternative source of funding to African countries, and will help aid economic growth on the continent, the Namibian President Hage Geingob said on Friday.

Geingob noted that the continent is relying on BRICS to transform the continent’s economies based on innovation and technology.

“In our endeavors to move forward, we need cooperating partners to support Africa. We are thankful of the cordial relations, which exist between BRICS and Africa, and shall remain committed to maintaining this good relationship.

“To this end, we welcome the establishment of the New Development Bank, which is an alternative source of financing for major infrastructure and related projects, especially in Africa.

“It is our wish that the New Development Bank will have a different character than the banks we know. Affordably financing, with less conditions, will go a long way in assisting Africa accomplish its industrialisation and economic development goals and aspirations,” President Geingob said in his address at the BRICS Summit.

He was among leaders of non-members invited to attend the 10th BRICS Summit held in Johannesburg, South Africa from 25 to 27 July 2018.

“The invitation to the BRICS Summit offers Africa the opportunity to contribute to the decision-making process, and reap the benefits from the economic cooperation from BRICS,” he said.

He added that African countries are cognizant of the importance of trade and investment as a conduit to economic growth, poverty eradication and development.

“As such, we are moving ahead in great strides to create an enabling trading environment on the continent. With investors on board, we seek to accelerate the implementation of continental initiatives for growth and sustainable development,” said Geingob.

The BRICS annual gathering took place under the theme “BRICS in Africa: Collaboration for Inclusive Growth and Shared Prosperity in the 4th Industrial Revolution”.

The Namibian Head of State also expressed that the new realties of the 4th industrial revolution that is characterized by artificial intelligence, robotics and alternative means of production is something that Africans should pay particular attention to.

“In this new stage of the evolution of humanity, labour as we know it today will not be the same. Developing nations, and Africa in particular will be challenged due to young and bulging populations. The only way to overcome this challenge will through continuous capacity building, exchange of ideas, retraining and retooling of our young people. Africa counts on the support of BRICS in this regard,” he said.

Geingob added that the invitation to African leaders to be part of the BRICS gathering is in line with the continent’s Agenda 2063 that envisages a strong industrialized Africa that will be on equal footing with other regions of the world.

In a communiqué seen by PAV, the BRICS group of emerging economies said they are keenly aware of the need for Africa’s industrialisation and the realisation of the African Union’s Agenda 2063.

“We commend African countries and the African Union on the signing of the African Continental Free Trade Area (AfCFTA).

The AfCFTA is an important step to economic integration on the continent and the unlocking of the tremendous potential of 13 intra-African trade and in addressing its socio-economic challenges. In this regard, we reiterate our support for Agenda 2063 and efforts to promote continental integration and development,” BRICS members said.

The BRICS group said they satisfied with the progress made by the New Development Bank in providing resources to contribute to the social, economic and environmental prospects.

They further welcome the upcoming establishment of the BRICS Americas Regional Office in São Paulo, Brazil, which, alongside the Africa Regional Centre, will help the NDB consolidate its presence in those continents.

Russia, India, China and South Africa have also extended full support to Brazil for its BRICS Chairship in 2019 and the hosting of the 11th BRICS Summit. 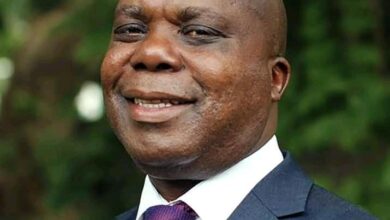