After ten years as a priest of the diocese of Buea, Cameroon, part of which he served as Editor-in-chief of Cameroon Panorama, (a monthly publication of the National Episcopal  Conference of Cameroon) Fr Wilfred Emeh explored missionary endeavors in the United States landing first in Maryland, the indisputable Cameroonian hub in the US. The rude awakening that the universality of the Catholic Church had some geographical colorings stunned him as he found it near impossible to find room and board in local presbyteries. With this hurdle, came the detour that brought this young priest to Birmingham, Alabama of all places. Buoyed by the urgency of the mission and burdened with the prejudice of the dark history of Alabama and race relations, this African with a heavy accent took the risk. He “put out into the deep” and after four years he was bursting at the seams with gratitude. After a four years’ stint at Our lady of Sorrows parish, Alabama where Fr Wilfred Emeh had spent time joggling academic chores and pastoral responsibilities, he imagined what gift he could offer this unsuspectingly gregarious community. His answer is in a book, “The Mysterious Ways of God: A Memoir of Love, Trials and Friendships.”

There is a certain myth that African priests who travel to the United States of America do not face the same challenges of immigration that many of their lay confreres go through. It is that gilded notion of the priesthood that many especially in Africa hail. But nego! While the legal Rubicon of getting asylum is hardly their problem, they are not vaccinated against the numerous cultural shocks. In eight short chapters, the author recounts the story of how a Cameroonian priest navigated the complex vicissitudes wont of emigrating to the United States and settling in the deep South of all places and against all odds and becoming the enfant Cherie of his home away from home. It is a book for priests and religious seeking an understanding of the complexities that undergird ministry in the United States of America and how to navigate these.

In appraising this piece of literary gem, I could not help but borrow from St Paul’s admonition to the Philippians 4:8: Whatever is true, whatever is honorable, whatever is just, whatever is pure, whatever is lovely, whatever is gracious, if there is any excellence and if there is anything worthy of praise, think about these things…then the God of peace will be with you.” These qualities are reflected in the 104 pages, Fr Emeh pens adding to an already rich pedigree. In four years, Fr Wilfred Emeh had successfully bagged a master’s degree in Communications and has written two books. Paul lays out eight qualities namely true, honorable, just, pure, lovely, gracious, excellence, praiseworthy which could be applicable to this new publication. Of the foregoing qualities, four are worth considering namely true, gracious, just and excellence. 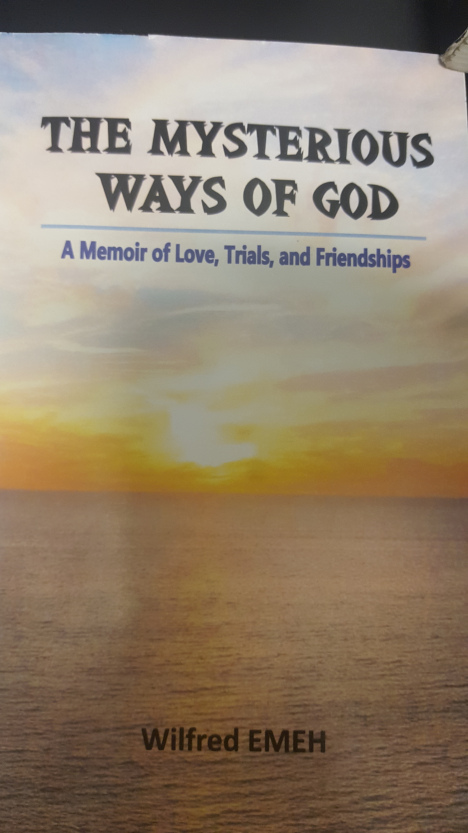 Some of us had the privilege of consuming an overdose of literature as we grew up. I remember the fictional acuity of Hadley Chase and the romantic escapades momentarily albeit of the celebrated Mills and Boons. With the “Mysterious Ways of God,” Fr Emeh lays bare the truth of his experience. There is a certain vulnerability that comes with writing a memoir yet the priest challenges himself to unravel the mysteries of the divine in his daily encounters in Alabama. One thing that shines through this work is how Fr Wilfred wraps in the best of the three Popes he has been privileged to live through their papacy. In his encyclical Deus Caritas Est, Pope Benedict XVI invites us to the abiding truth that: Being a Christian is not the result of an ethical choice or a lofty idea, but the encounter with a person which gives life a new horizon.” Pope Francis develops this further and invites us to a “culture of encounter.” He reminds us that “Faith is an encounter with Jesus, and we must do what Jesus does: encounter others.” And like Pope St John Paul II, Fr Emeh draws from the inspiring “Memory and Identity” to share his experiences. It is Jesus Christ who brings Fr Epie to Our Lady of Sorrows where he encounters the same Christ making him present to the people. One way of reading this text is invariably then that of the encounter of two cultures made possible by the person of Jesus Christ through the priest (an African black man) and a predominantly white community (Our Lady of Sorrows) with a sordid history of racial tensions (Birmingham, Alabama).

The unmistakable point one comes away with is the fact that this priest listened attentively to the following words Bishop Pius Awa of Blessed memory addressed to him on the day of his ordination fourteen years ago: When you baptize you will bring men and women into the people of God. In the sacrament of penance, you will forgive sins in the name of Christ and the Church. With Holy oils, you will relive and console the sick. You will celebrate the liturgy, offer thanks and praise to God throughout the day, praying not only for the people of God but for the whole world.” This book reads like an account of Fr Emeh’s stewardship over the last four years while in the United States of America. It is a memoir, a memory of the first African priest to serve in Alabama. It is neither a work of fiction nor is it draped in the dreary theological platitudes.

The gracious seems to be the single leitmotif underpinning this work. It is a story of the inscrutable work of grace. There is no doubt that becoming a priest is the work of grace. It was breathtaking reading how the author almost called off his ordination during a retreat until the reassuring words of Our Lady to him: “I will help you, do not be afraid.” Thirteen years later Fr chose Fatima, a famous Marian apparition site, to do a pilgrimage in honor of the Blessed Mother, Mary. The mystery of being a priest, of being alive and ministering in Alabama, could only be the mysterious intervention of grace. 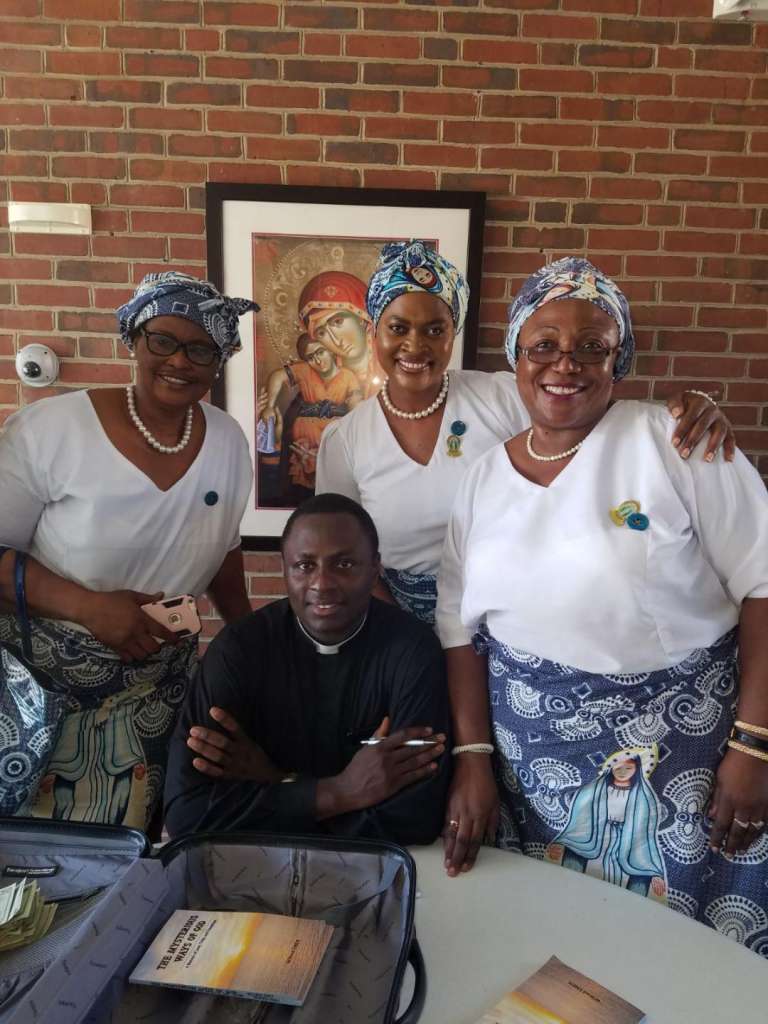 It would have been an epic failure of sorts if the author failed to address the current malaise affecting his country of origin, Cameroon. Since 2016, Cameroon has been mired in a crisis that has spiraled out of control and trudging to the precipice. As a priest, he answered the call of his prophetic ministry and used the barrel of the pen to communicate his thoughts on the struggle. Even in the midst of the crisis, Fr Emeh displayed his ecclesiological magistracy at the demise of Bishop Balla of the diocese of Bafia, Cameroon who had been brutally assassinated and dumped in a river with a fake suicide note left in his car. Without the ethnicity bias, this priest wrote: “Additionally, the current crisis plaguing our homeland is a wakeup call to the clergy and God’s people in Cameroon, and to the church as a whole, because an attack on one of us is an attack on the entire Body of Christ.” (p.71). In a series of social media postings, Fr Epie addressed the inherent question of justice underlying the current political quagmire that has gripped Cameroon. He extends to the assassinated Bishop a courtesy that Francophone Bishops have not been able to extend to Ambazonian Bishops. Beyond his prophetic voice, Fr Emeh has now dedicated his work to humanitarian and relief services for the aggrieved people of Ambazonia. He has accepted and become a board member of the Cameroon Humanitarian and relief Initiative, an apolitical organization. They have been actively engaged with the refugees in Nigeria and feeding political prisoners in Cameroon. There is no peace without justice!

Fr Emeh’s piece is an excellent piece of literary wizardry. It makes for easy reading and quite entertaining. One of the best stories Fr tells is of his classmate, an African American girl who is 23 and tries to woo him and when this fails she tries to hook him up with her sister. To find out how that story ends and many more get a copy from EWTN’s Religious catalogue. 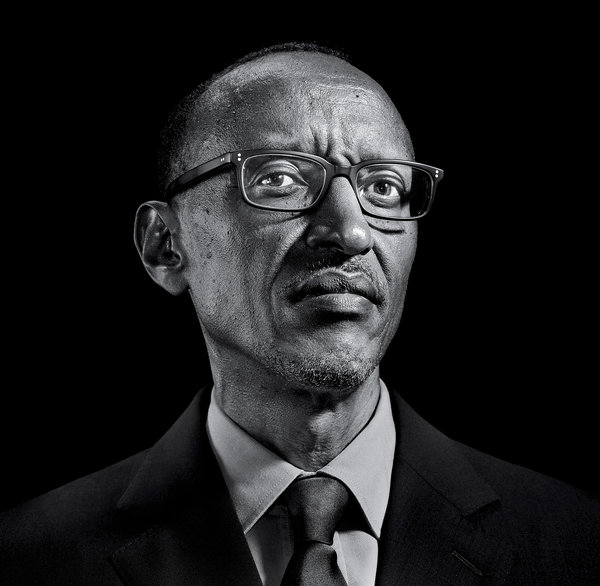