Amid claims of divided a house of the ruling All Progressives Congress APC, the immediate-past National Chairman of the party, Chief John Odigie-Oyegun has urged stakeholders of the party to support his successor, Comrade Adams Oshiomhole.

Speaking during an interactive session with Newsmen in Abuja, Chief Oyegun thanked the media for the support they gave to him, said: “I will expect that same be extended to my successor.”

You will recalled that some members of the ruling party (APC) had on Wednesday set up a parallel structure which they called Reformed All Progressives Congress (R-APC). 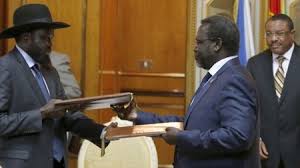