Great living words by India’s founding Father Mahatma Gandhi leave a bone to chew for women of the World as Zimbabwe’s elections are close by .It is their time to amplify their voices to yearn for their change and to learn from other countries and exchange experiences. This is time for Representative, Participatory and Liberal Democracy to work for women. The true observation is that women always need a start kick in voice before they call in their concerns.

Mahatma Gandhi of India who stood for women rights and emancipation left a quotation of influence as he encouraged women to stand up and voice their concerns.

‘’Women be the change you want to see in this World’’.

Their move towards total equality with men leads to achievement of Sustainable Development Goals .However, way to their total equality with men is still long a way to go since there are some policy gaps they need to soil up , unite and bind a social cohesion to wrestle feministic development challenges .This is where United Nations Women and civil society , NGO’s comes in .

According to the Gender and Media Connect of Zimbabwe, Gender Expert, Abigail Gamanya , civil society strategizes and opens the way for women programs of which media amplifies the voices in crescendo .

‘’Let us not forget its Media  and Civil society voices of collective action which emancipate women .It starts with civil society way-forward in community action then follows Media voices in Information dissemination like on sexual abuse and violation of women at marital level,  at the work place and across all streams of gender crossings in what is called Gender mainstreaming.

‘’At the same time, violation of female Journalists rights is still rife. We need to create gender safety in media houses .Let us create a fair playing field between men and women. Also women must avoid the dependency on male counterparts at work’.

‘’All lies on policies at work place to address this.  If this is not addressed, women’s Human Rights are trodden underground and this leaves them vulnerable, disadvantaged and they get exposed to other forms of abuse.

‘’That is the reason why we have International protocols like the United Nations 1948 Universal Declaration for Human Rights , the Covenant on Social Economic and Cultural Rights of 1966 of which signatory countries borrow a craft of their Laws from ‘’, expounded ,Abigail .           .

Several International protocols have rescued women of the World without prejudice. Every one counts according to the Universal Declaration for Human Rights of 1948 .It is beyond doubt that Governments of the World have tirelessly worked harder than before to pave way for International protocols work in their respective countries in order for these countries to craft their Legislations and policies .

Zimbabwe as signatory to the UN has made great strides to come up with Laws which at most protect women. Good examples are the Domestic Violence Act, the Equal Salaries Act , Laws on Children and women , on Media freedom and those on Inheritance and sexual abuse .In doing the work tirelessly, it hooked several Non- Governmental Organizations to do their Humanitarian work following those International protocols .

The United Nations Convention on the Elimination of all forms of discrimination against women[CEDAW] of 1979 in the decade for women 1970 to 1980 pushed countries of the World to weave and craft policies and Legislation endorsed through their Justice Ministries and Parliaments .

A strong push to women’s freedom and equality came with force after the Beijing Declaration for Action of 1995 in Beijing , China .Women have made it through hardships in their long journey to emancipation . .

Despite the fact that they have achieved in equality at some angles in search of their rights, there is need for Governments and Non -Governmental Organizations to remove stint in a stink, to light the way further for Universal emancipation of all Human beings.

In strengthening and fortifying Universal gender equity and equality, removing forms of sexual abuse and violation of human rights and promoting frameworks for Human Rights, Gender Media Connect is following footprints of Mahatma Gandhi and Civil Society to combat sexual harassment at the workplace so as to promote Female Journalists Rights and Gender safety.

Gender Media Connect cherish the equality of men and women at work place , combat sexual harassment through information dissemination with training of all Journalists regardless of media house and sex . Gender Media Connect is building heavy structures of the organization, firstly through the recognition of female Journalists rights in all Media houses, where sometimes female journalists face challenges related to sexual harassment and violation of their rights.

‘’As an organization, we are obliged to create space for Human Rights recognition of all Journalists’’.

‘’My call is to encourage media houses create space for female journalists by desisting from sexual harassment and violation at the workplace by men.

‘’It is everywhere, it applies at all work places, where women can face challenges related to sexual harassment’’, she said.

The SADC protocol on Gender works in the Region to promote Gender equality in families, at work place and where women strive to achieve their determined goals. Its BAROMETER monitors Gender equality and equity .In Parliament women must also have equal seats with men. The call is 50——50 Seats.

Another Gender and Media Expert, Patience Zirima comments on women represantation as still low . Much is needed to be done to raise their voices in the next elections so that they can get Parliamentary representation although they are not part of Presidium contestants.

‘’Women under representation is still low in the News rooms and Parliament as low as 27% in Democratic Republic of Congo ,Angola ,Namibia ,South Africa ,Mozambique and Malawi ’’ .

‘’Women need open space and an environment at work in which they are safe. They need room in decision making in order for them enjoy full freedom. In fact those who brave to enter the field and succeeded, grappled with challenges, she said ‘’.

Gender Expert Fiona Magaya reiterated that Men top management is still high by almost 72% in the Region. Fiona attributes this to traditional values, social norms and culture .Gender imbalances are mostly perpetuated by some of these factors among them, gender stereotypes meaning how we perceive a human being according to sex, social and cultural belief long time borrowed from past, cultural belief that boy child does well than the female counterpart, he needs allocation of more resources than the girl.

‘’Women still have a long way to go . The long way is perpetuated by culture and tradition which we need to address to its bone , killing male chauvinism and patriarchy at all sectorial levels’’ , she said

‘’There is more to it that we are currently experiencing’’,,,, bounced in Susan Makore an ICT and Gender Expert. Her sentiments touched on Information Communication Technology as one modern challenge stepping in .

‘’The Digital shift in the Industry led to discrimination against female journalists who took it up slow to adapt to Technology. That is the main challenge as well. Thus why there were programs initiated to capacitate women on ICT issues and make grow their knowledge in the Region,’’.

According to Agness Kadzunge from the Ministry of Women Affairs, Gender and Community Development, Work place discrimination affects women mainly; they are taken inferior, of low value, not quite able to push for change. This contributes to lower socio- economic status of women who sometimes end in psychological stress and end losing hope .This is mainly attributed to organizational culture and mixes more with the way people are brought up in a community.

‘’We need to work more on crafting other policies and Laws especially those focusing at workplace. Research is vital to fill gaps. Legislation, policies and regulations, thus the weapon that can bring sanity to any forms of inequality and discrimination’’

‘’As we focus strongly on this, multi- sectorial co-ordinated response and stakeholder involvement help us in coming up with strategies meant to address in-equalities.

‘’For Media, advocacy for gender sensitive and inclusive environment is crucial for gender equality. Women need more robust capacity building on some areas affecting them especially where tradition and culture is centered. Lastly, we need to close policy gaps and walk the new talk on Gender in a modern World ‘’, concluded the Acting Director in the Ministry of Women Affairs, Gender and Community Development.

As food for thought, in every field women choose to enter, they can expect to earn less over lifetime than male counterparts. This means over 47 years of full time work. This gap amounts to an estimated loss in wages for women of US 700,000 for High School Graduates, US1,2 million for College graduates and US 2 million for Professional School Graduates . What a staggering amount.

Obama to meet with Kenyan and South African leaders 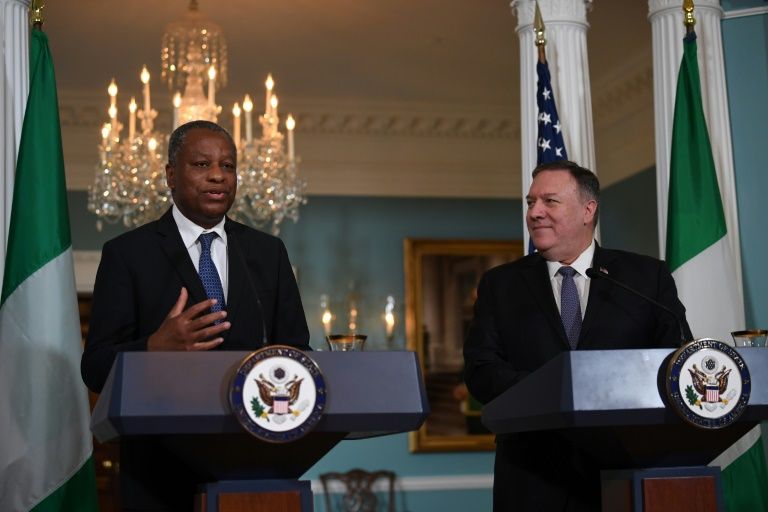