Three journalists from the Zimbabwe Broadcasting Cooperation (ZBC) were reportedly injured after bomb explosion  at the Bulawayo White City stadium. The injured are cameraman Coster Thole, technician Chipo Five, and producer Forget Tsododo. The three were taken to Mpilo hospital for treatment. The journalists were covering a ZANU-PF rally, where President Emmerson Mnangagwa was drumming support towards the 30 July 2018 general election.

There has been no concrete information on the cause of the blast or the total number of injured people in the incident. Currently, there have just been confirmations that President Mnangagwa was not hurt in the blast.

The Media Institute of Southern Africa (MISA)- Zimbabwe has condemned any acts of violence in the country’s body polity. “We call upon the political actors to uphold the need for supremacy of ideas rather than the use of violence as a political tool. Our politics should break with its violent past and graduate into a fully-fledged democracy where politics is a battleground of ideas rather than a space of violence,” MISA said. 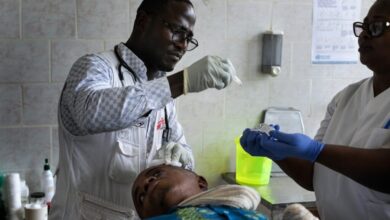