Tourism Industry with Gross Domestic Product impact of 8 trillion at World scale has a total of 288 million workers .It has a net total of 1,2 billion Tourists who visit other countries annually .Tourism is one of the main sectors of many national economies because of its massive contribution to the Gross Domestic and National Domestic Product including Growth per-capita- income.

According to the Ministry of Tourism and Hospitality Industry, Zimbabwe Tourism Authority and the Regional Tourism Organization for Southern Africa [RETOSA], the increase in the development of Information Communication Technology is the main propelling force behind the fast development of the  TOURISM and Hospitality Industry. The development is world-wide but in the SADC Region, it is being abused for personal and organizational gain of unscrupulous people promoting the new slavery and servitude of today.

However, this fast development in the two sectors has brought evil of Commercial Exploitation of Children whose rights are being severely undermined through illegal practices of child prostitution, child pornography and trafficking of children for sexual purposes.

The Zimbabwe Minister of Tourism and Hospitality Industry Prisca Mupfumira confirms these malpractices to the Pan African Vision in an exclusive interview .She clears the air that the World will develop at higher unpredictable levels in terms of Tourism growth in the Region buttressed by Information Communication Technology . But always, take note; there are consequences by the end of the day.

”As ICT continues to promulgate in a fast developing World, Tourism is as well expanding at a fast rate in which Tourists have increased to 1,2 billion people around the world .This is fascinating development , but at the expense of children , mainly the girl-child who is mainly affected if this goes down the drain not discussed. We need to work on policies and Laws and support civil society organizations to curb on such challenges, she said .

Commenting on this as well, Assistant Police Commissioner Charity Charamba from the high Police office at the Police Head Quarters said many of the victims are children who are vulnerable and at most it’s the Girl child affected more .

”This is growing at a time cases of child prostitution , pornography, and trafficking in children for sexual purposes are rampart .To prove this , Zimbabwe Republic Police Victim Friendly Courts recorded 7290 cases in a month around the country, which arrives to 56% increase’ ’she  said .

The World we are living in has really become more developed as ICT is bringing modernization. The World is in a pocket as we see and hear changes. It is sad and pathetic to note that there are 1,8 million vulnerable children who are disadvantaged in the World .

‘’Vulnerability in Africa is the main problem we have. We are severely impacted by several factors dragging us behind in terms of economic development. Our Human Resources is being trodden in terms of human rights and social justice. How- ever countries in the SADC are using the Trafficking In Persons Act to track on such problems’’, she said.

Speaking on the same resonating issue , ECPAT , End Child prostitution , Child pornography and Trafficking of Children for Sexual Purposes Head of Program , Sexual Exploitation of Children in Travel and Tourism , Henrik Holmquist said 1 billion children world- wide suffer physical punishment and in every 5 minutes a girl is sexually abused around the World .

”Countries in the Region need to come up with a road map in order to address these problems affecting young people. This may continue and make it difficult for countries to win on Sustainable Development Goals, ‘he said.

Tourism increase will continue as ICT continues to expand. The World Tourism Organization estimates that by 2030 the number of Chinese travelling and living in other countries of the World will reach 600 million .Currently China the highest populated country in the World has a total population of 1,2 billion people .

Confirming on this, Zimbabwe Council for the Rights and Welfare of Children Director, Taylor Nyanhete said the further increase will push for the increase in sexual exploitation especially in the SADC region,

‘’On this, it means we need to take action in the SADC region to curb Child sexual exploitation, pornography and exploitation.”

Nyanhete cited out ICT as mentioned by some to be the greatest development creating challenges the Tourism Industry is facing in the modern World .Many crimes according to him are committed through computer and use of smart phones .Some of the crimes are related to cyber-crime , digital and cyber terrorism .His main concern lay on lack of policies .

”Lack of policies in sexual exploitation is the main problem we face especially in the SADC region. This will further increase since POTRAZ estimates that 3 billion people access Internet around the World. In Zimbabwe 3 million have access, however some abuse the system for the sake of sexual abuse and exploitation ‘’.

Musa Chibwanya, Child Rights Network Southern Africa Director whose organization looks at child Rights Governance and Policy making said the problem arising mostly is that the Region does not have standard procedures and protocols on Child Rights.

”The fact that we do not have standard procedures, policies and protocols creates the increase of these challenges as poverty grips the region .Although there are some policies and Legislation,

”We really need a policy to curb on such problems. As policies lack, we see these problems growing, thereby adding more to poverty’’.

”Apart from that, we have no data on sexual exploitation in the SADC region. It is another challenge’’, he said.

Experts on this syllogism cry fall that though resources are scarce, there is need for countries in the Region to launch the increased Public Investment on Children Rights in the Region. In order to eradicate the problems, the enforcement of the SADC network stands vital .The way forward lies in Regional co-operation and Integration as countries craft Laws and policies.

The SADC Protocol on Gender play levels the equality and equity of women and men at the same platform. The problem according to Gender Experts is with culture and Tradition in many African countries of the world. The protocol calls for 50-50 share of equal powers and resources in all areas of development be at home or at work .Despite this development, Experts in Children’s Rights organizations made a call to SADC to look at such thorny issues at hand , like where culture and tradition contributes and where the issue of Gender links with policies , laws , culture and child trafficking and exploitation .

Africa: Why This Major Cigarette Company is Going ‘Smoke-Free’ 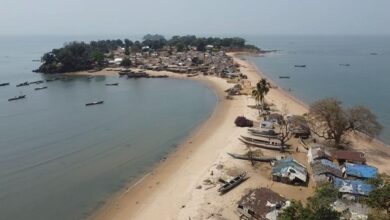