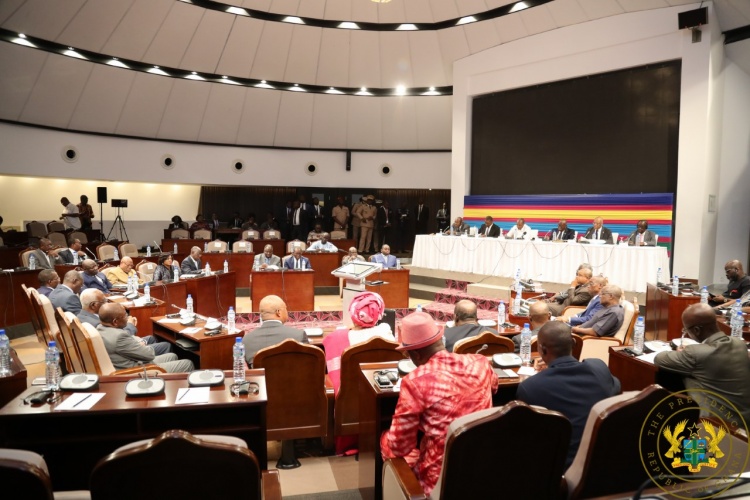 Ghana’s President, Nana Addo Dankwa Akufo-Addo and his co-facilitator in the Inter-Togolese dialogue have asked all political parties in Togo to suspend all forms of street demonstrations during the dialogue which is currently on going.

In a two page communique issued and signed by the co-facilitators – President Akufo Addo and President of Guinea, Alpha Conde – at the end of a summit with the government and opposition leaders of Togo, the Co-Facilitators also urged the security forces to ensure that they carry out their law enforcement mission with professionalism, in compliance with the laws of the land.

They also urged all the Togolese political actors to sustain the progress made through dialogue and consultation for a peaceful settlement of the situation.

The two leaders nonetheless called on the President of Togo Faure Gnassingbè, to take immediate steps to extend the right to demonstrate to the entire national territory of the Togolese homeland as demanded by the opposition.

They want President Gnassingbè to guarantee the freedom of demonstration as well as the security of property and persons.

The inter-Togolese dialogue is aimed at finding a lasting solution to the current political standoff between the ruling party and the opposition parties in the small West African nation.

The communique also indicated that the Co-facilitators will carefully examine the details of the various concerns raised by both parties as proposed by them.

They will subsequently present them to the Authority of Heads of State and Government of ECOWAS at their next summit for their consideration and necessary action.