HARARE———–Political sentiments vociferated in the chagrin of elections set for 30 July in Zimbabwe have shown volatile signs of not being free, fair and legitimately credible elections. A press briefing held by Human Rights Watch in Harare simply display ZANU PF’s skullduggery political tactics meant to dig for election rigging under the ground.

‘’The voters role is kept secret , unaudited and imagine 7 days left before court nomination due on 14 June  . Electoral Laws are against this manner . And the opposition is caught unaware , only to be announced that elections are on the 30 of July .

‘’ How are we to account for transparency of the on-coming elections if the voters role is kept secret ? Only little time is left if they are any anomalies? .

‘’People are stealthily blind folded under carpet in the limited space of time before July 30 . ZANU PF  is stealing the vote for its side . These elections are not going to be free , fair , transparent and credible .

The angry , fair tongue speaker addressing a pack of Journalists , Tamuka Charles Chirimambowa , Executive Secretary of the Institute of Public Affairs in Zimbabwe pointed out that , Munangagwa turning to be quiet , un talking  and  pretending to observe human rights does not mean elections  will be free , fair and credible . He bares out that this is  just a political paradigm shift .

‘’Its just a new twist in politics, where in psychological warfare .Mnangagwa is no more with the old tactics of ZANU PF  during Robert Mugabe’s regime .

‘’People are perceiving no violence in elections and no manipulation like the old system but , this is the new rigging system which is practiced secretly , in silence studying minds of the people .

‘ , Yes , there are Demos , all around , but what are we saying about the voters role according to the Electoral Act of Zimbabwe ? asked Tamuka .

HUMAN RIGHTS WATCH Director , Dhewa Mavhunga  adding on to the sentiments said lack of reforms , security  force involvement  in the Electoral process , abusive Laws remaining in effect , and violence and intimidation by the ruling party  all contribute to an environment  that is not conducive to free and fair elections .

‘’We have not reached a comment stage where we can pre-declare , free , fair elections .  As Mnangagwa plays the ball silently , carried interviews country wide , found that security  involvement in the electoral process , abusive laws remaining in effect , violence and intimidation by the ruling party  all create an environment volatile to free , fair credible polls .

‘’Mugabe  needs to go beyond mere rhetoric and take genuine steps  to level the playing field for all parties , he said .

Pedzisai Ruhanya  of the Zimbabwe Democracy Institute talked of 3 main Laws which need to be touched on . These repressive laws are the Access to Information and the Protection of Privacy Act , [AIPPA]Public Order and Security Act [POSA]  and the Criminal Law[Codification and Reform Act].He also touched on what Human Rights Watch found out in the rural and farming communities and the wrong path ZEC is taking .

‘’As long as the 3 laws are not revisited, we see a situation where by all is not well. We have no free, fair elections in the country because police  and Army conduct is contained by those laws , that is if they are repealed or revised .

‘’Human Rights Watch reports wide spread intimidation , harassments and threats of violence in ZANU PF supporters , but remember we are left with less than two months to go for elections .ZEC up to now has not demonstrated Independence or impartiality .

‘’ At least 15% of the Zimbabwe Electoral Commission’s secretariat are former military officials backing Emmerson Mnangagwa . Definitely, we have no free , fair and credible elections , he concluded . 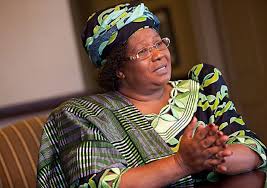