Windhoek – There has been mixed reaction to the donation of expensive tablets the Chinese technology giant Huawei to Namibian lawmakers, with some members of the public expressing fear that the gadget might be used to snoop on the government.

The Minister of Information and Communication Technology Stanley Simataa has told the Namibia Press Agency on Friday that Huawei donated 157 Media Pad M3 Lite tablets to Members of Parliament in the two houses of parliament – the National Assembly and National Council worth N$700 000.

Staff offices at both houses also received five tablets each. The tech-devices that were handed out on Thursday comes with SIM cards donated by mobile service provider, Mobile Telecommunications Limited.

But some members of the public have expressed concern that the high tech gadget might be used by Chinese authorities to eavesdrop on deliberation in parliament including Cabinet.

Mihe Gaomab II, former CEO of Namibian Competition Commission, now an executive at Africa Development Bank, has expressed his misgivings about the donation.

“Namibian, Namibians, wake up! It is reported that China’s Huawei has donated tablets worth around 700, 000 to our members of Parliament. This is a serious breach of security and great risk to National Security. Those devices could come preprogrammed to follow all communication between parliamentarians, confidential or otherwise, and transmit such communication to a receiving station via Satellite. It could also be used to listen into Cabinet Meetings as Cabinet members are also members of Parliament.

“It could help the Chinese to find out about possible voting on many local policy issues, including the movement and travel plans of Parliamentarians. This is Cyber War through the backdoor. Who authorized the acceptance of such without involving our intelligence services?,” posted on his Facebook profile on Sunday.

Others have called on the spy agency, the Namibia Central Intelligence Service (NCIS) to vet the tablets and ensure they do not have snooping applications. “NCIS under the office of our current president need to be fully involved and must either accept or reject those suspicious charity devices,” Facebook user stressed.

They reminded the MPs about the Chinese who build the African Union Parliament in Addis Ababa, which they donated to the continental body complete with listening and eaves dropping devices which were later discovered.

Minister Simataa remains oblivious to the public concerns. He said parliament approached Huawei for donation as part of its drive to operate digitally and virtually in a bid to improve its efficiency in executing its legislative duties.

“We will be able to save on costs related to printing of materials distributed to Parliament and enable MPs to operate virtually for as long as there is connectivity,” said the ICT minister. 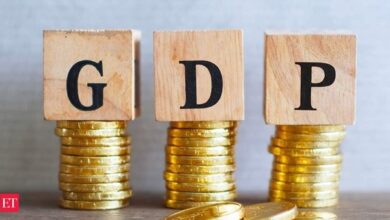