DAR ES SALAAM, Tanzania, June 1, 2018,-/African Media Agency (AMA)/- African migration could boost growth and positively transform the structure of the continent’s economy according to UNCTAD’s 2018 Economic Development in Africa Report: Migration for Structural Transformation.
The report is packed with new data that may surprise people with a negative impression of Africans migration.

Historically and in-line with established trends, most African migrants move within the continent: in 2017 19 million international migrants moved within Africa and 17 million Africans left the continent – but the gap is narrowing. Africa is also a migration destination for 5.5 million people who came from outside the continent.

The report follows the stories of Mamadou and Ramatoulaye from Senegal, and Afwerki from Ethiopia. While they are fictional avatars for two different types of migrants – skilled and low-skilled – their stories paint a picture of intra-Africa migration and its impact on trade and development on the continent.

The report’s analysis of the role of intra-continental migration in Africa’s development trajectory makes it an important reference document that aims to assist in defining an African position in the Global Compact on migration to be adopted in Marrakesh in December 2018. 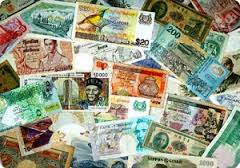 African Currency Unit: An urgent question in the midst of the capitalist crisis